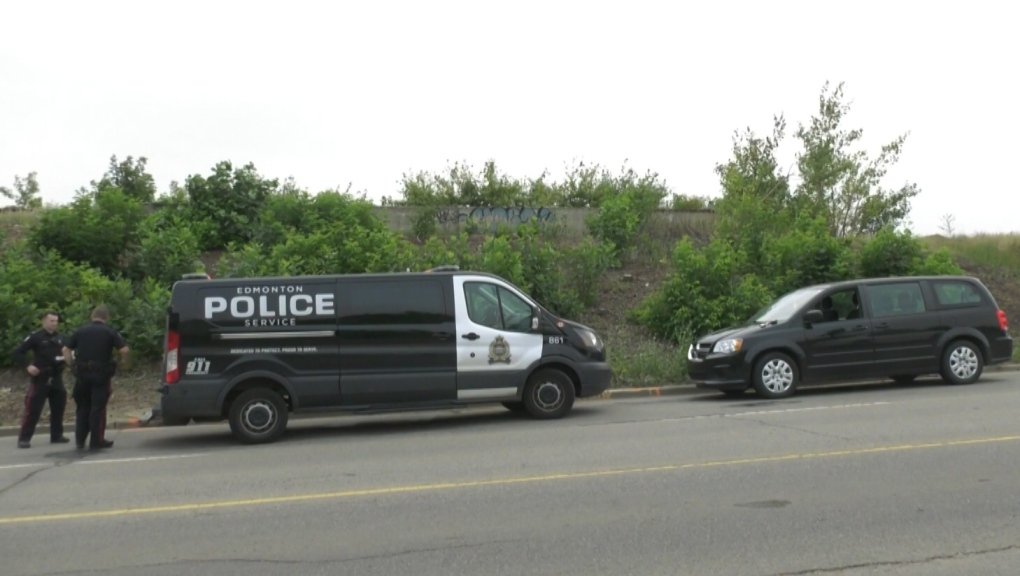 Edmonton police officers saw a man fall to the ground from the hood of a moving Dodge Caravan after it abruptly braked, according to an EPS spokesperson. (Darcy Seaton/CTV News Edmonton)
EDMONTON -

A 45-year-old man was taken to hospital with non-life-threatening injuries Tuesday afternoon after what police are calling a "road rage incident" between two drivers in northeast Edmonton.

An Edmonton Police Service spokesperson told CTV News Edmonton that an altercation between two men near Fort Road and 71 Street, around 12:20 p.m., resulted in the 45-year-old climbing onto the hood of the other man's Dodge Caravan.

The 43-year-old driver of the Caravan reportedly drove off with the other man still on the hood, according to police. 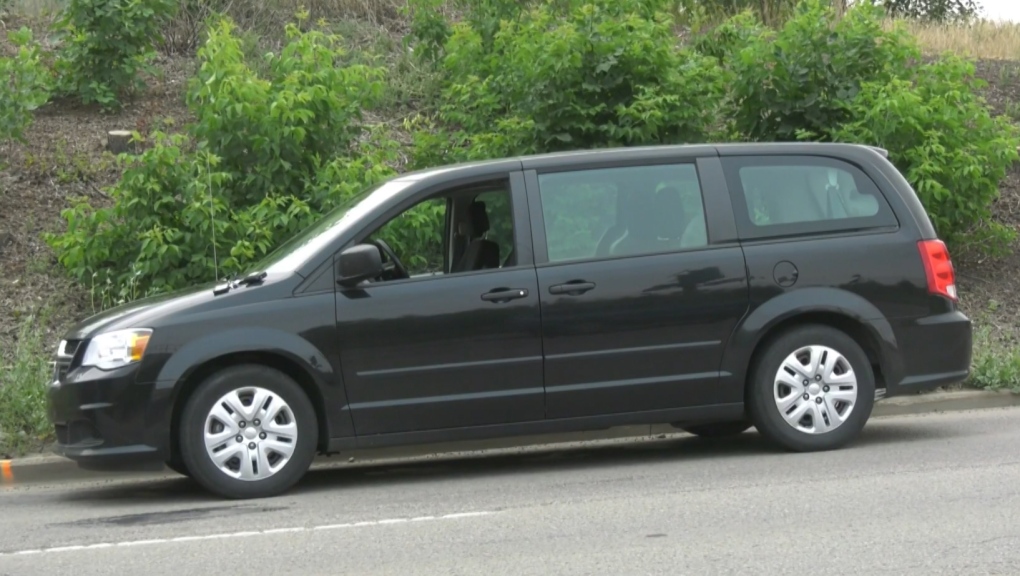 "A short distance away from the original scene, officers observed the Caravan abruptly brake, resulting in the male on the hood landing on the ground," the EPS spokesperson told CTV News Edmonton in a written statement.

Police say the driver of the Caravan remained on scene and did not report any injuries.

The incident is under investigation.

Quebec premier François Legault said it’s 'unacceptable' that people have been protesting against the vaccine passport outside hospitals and schools recently and said the province could turn to the law to put an end to these demonstrations.

On CTVNews.ca, chief financial commentator Pattie Lovett-Reid writes: According to data from the Canadian Survey on Business Conditions for the third quarter of 2021, 8.3 per cent of businesses expect to have more job vacancies over the next three months.