A homeowner near Whitecourt, Alta., was hit by an unknown car on his property, ended up on the vehicle's roof and eventually flew off by the RCMP detachment in town.

The man noticed the car on his property at around 9 p.m. on Monday and went to talk to the driver, police said.

After a brief chat, the driver accelerated, struck the homeowner, and the man landed on the car's roof, RCMP added.

The driver drove from the area of Range Road 123C and Highway 32 into the Town of Whitecourt, and then from Highway 43 to 42 Avenue.

He then drove by an RCMP detachment, and the victim was thrown off the roof, Mounties said. 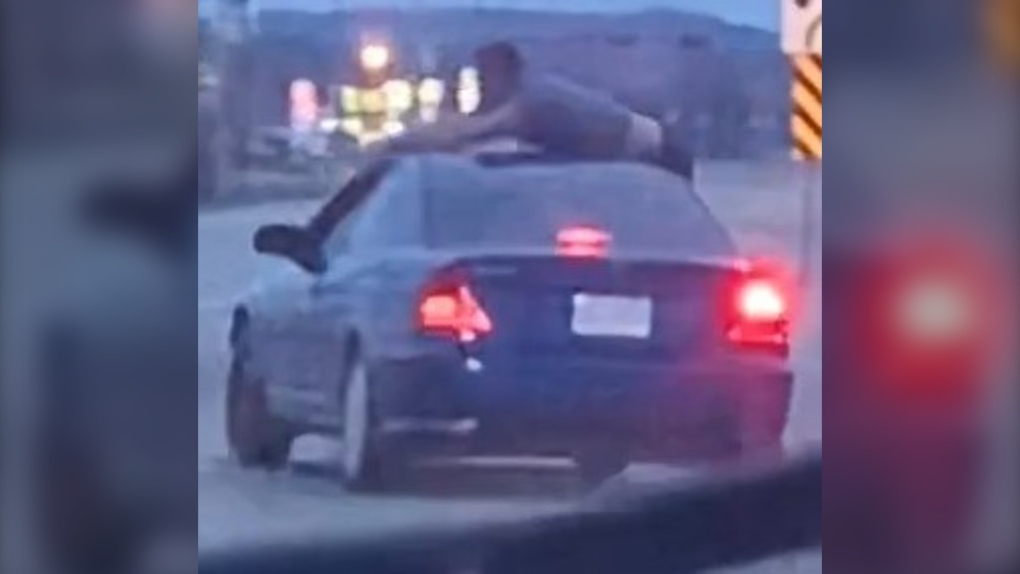 A man ended up on the roof of a car after he was hit on his property in the Whitecourt area on Monday, May 2, 2022. (Supplied)

The victim was taken to hospital, treated and released.

The drive from Range Road 123C and Highway 32 to 42 Avenue is approximately six kilometres.

He's scheduled to appear in court on May 24.

Many Canadians remain unaware of the involvement of forced child labour in the products they buy, according to non-profit agency World Vision Canada.

Prime Minister Justin Trudeau headed to the G7 summit in Germany on Saturday without a consensus from the Commonwealth to condemn the Russian invasion of Ukraine, but with a chorus of countries calling for help to overcome the fallout of the war.

WHO panel: Monkeypox not a global emergency 'at this stage'

The World Health Organization said the escalating monkeypox outbreak in nearly 50 countries should be closely monitored but does not warrant being declared a global health emergency.

Ukraine's largest LGBTQ rights event, KyivPride, is going ahead on Saturday. But not on its native streets and not as a celebration.

Norway shaken by attack that kills 2 during Pride festival