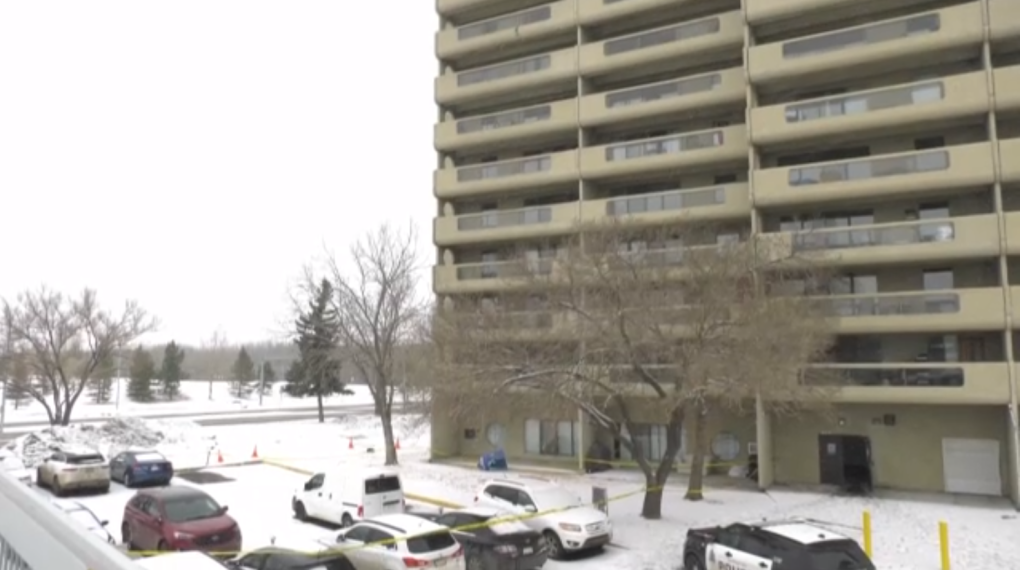 Police say a man fell eight floors from a balcony in this building in west Edmonton. ASIRT is investigating.

EDMONTON -- A 39-year-old man is alive after falling from an eighth floor balcony in Edmonton on Sunday.

Police were called to West Edmonton Village in the Callingwood area around 7:40 a.m. for report of an intoxicated man acting erratically.

When officers arrived, an Edmonton Police Service spokesperson said they attempted to negotiate with the man inside the suite on the ninth floor.

According to police, the man barricaded himself outside on the balcony of the suite, climbed onto the railing and attempted to climb down to the balcony below on the eighth floor, while officers stayed inside the suite.

The man was taken to hospital where he remains in critical but stable condition.

Because EPS was on scene, Alberta Serious Incident Response Team has been called in to investigate circumstances surrounding the incident.

ASIRT is called in whenever a police investigation leads to serious injury or death.