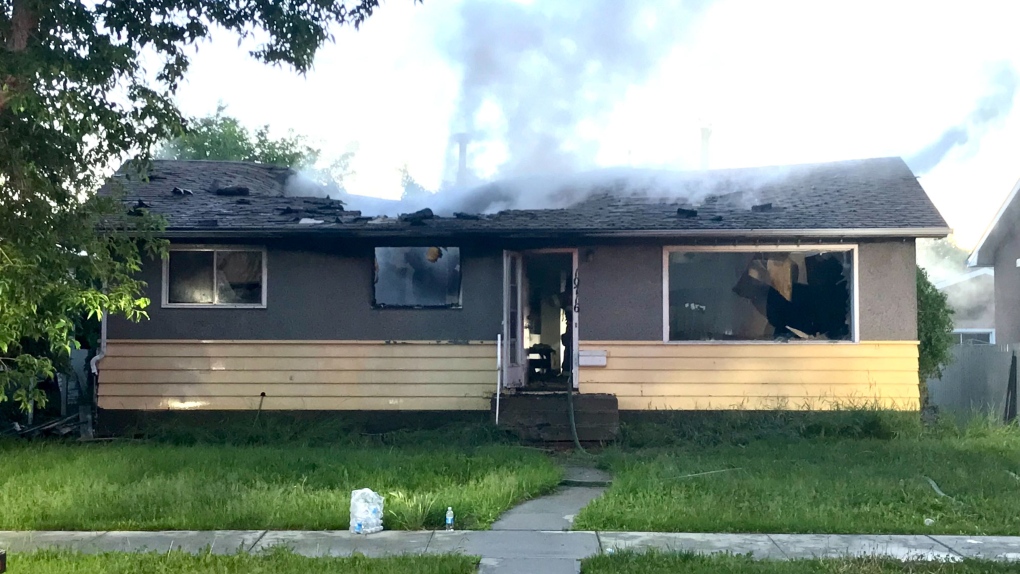 A fire early in the morning of June 22, 2022, caved the roof of a home in Edmonton's Lauderdale neighbourhood.

A fire early Wednesday morning caved the roof of a Lauderdale home and sent one person to hospital.

When the first five crews arrived, flames were visible and they called for two additional units.

The blaze was considered under control by 4:20 a.m.

When CTV News Edmonton arrived on scene a short while later, smoke was still funnelling out of a massive hole in the building's roof.

One tanker truck and investigators were still on scene at 8:30 a.m.