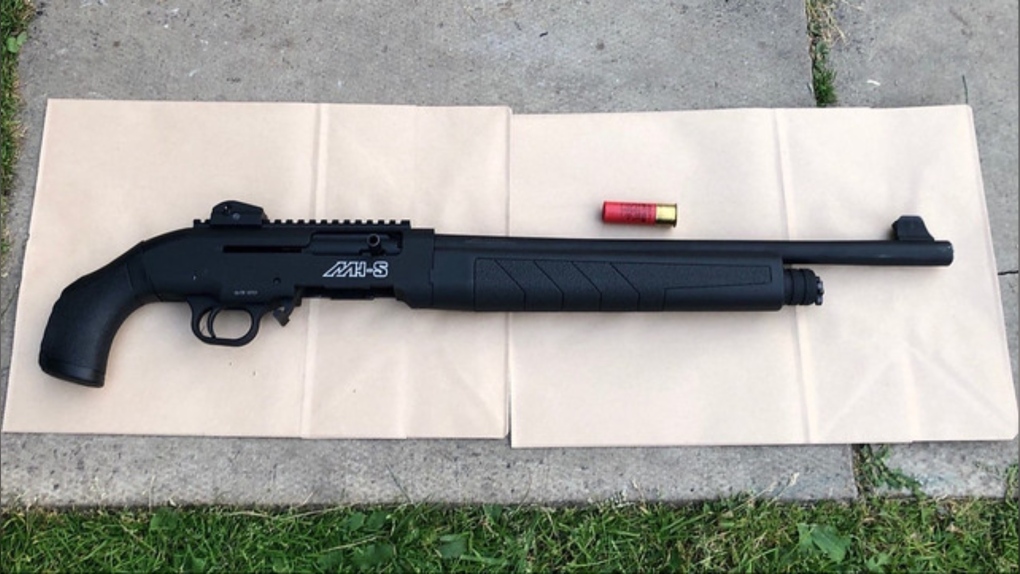 This 12-gauge semi-automatic shotgun was recovered at the scene of Friday's officer-involved shooting in northeast Edmonton. Sept. 21, 2020. (ASIRT)

EDMONTON -- The man shot and killed by police in northeast Edmonton Friday was armed with a semi-automatic shotgun, ASIRT said.

The Edmonton Police Service was called to the area of 118 Avenue and 69 Street just after 4 p.m. after a man with a firearm was seen behind the Eastglen Motor Inn and in the backyard of a nearby home.

A number of units responded to the home and found the man at the rear of the residence, ASIRT said, and "a confrontation occurred that resulted in the two officers discharging their service weapons, striking the man and fatally wounding him."

EPS seized a 12-gauge semi-automatic shotgun with a single round in the chamber. Officers also found eight loose shotgun shells in one pocket, and a fully loaded magazine with five rounds and another loose shotgun shell in the other pocket.

The man, 48, had three court-ordered prohibitions from the possession of firearms and ammunition.

A previous version of this article stated that the man who was killed in this incident shot at officers. That was not the case and has been corrected.