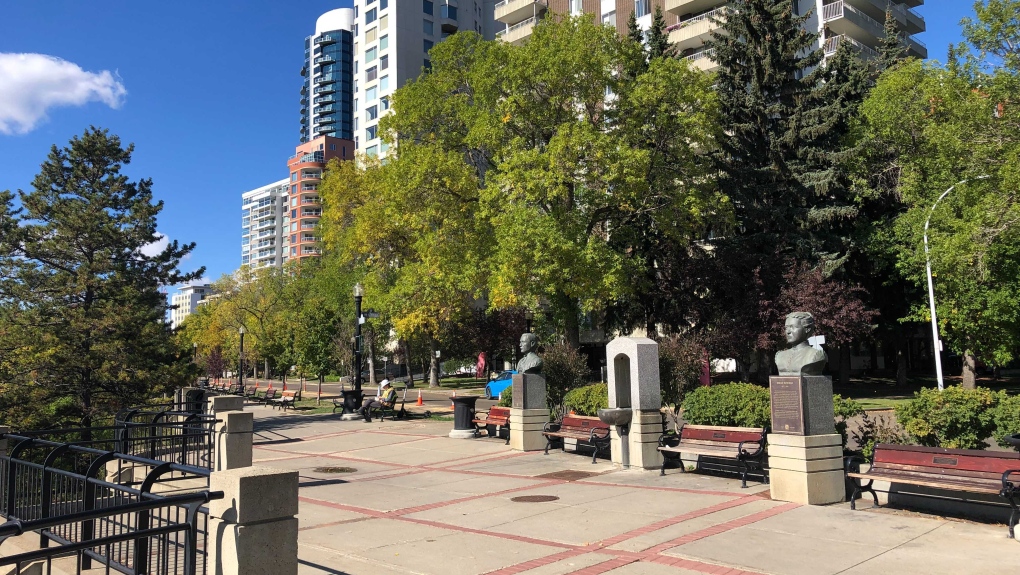 An Edmonton man was stabbed by a stranger as he was out for a walk with his family on the Victoria Promenade last Friday, police say.

The victim was "out for a peaceful walk" with his wife and daughter at 118 Street and 100 Avenue just after 7 p.m. when a man jumped out of the bushes, screamed at them and "without provocation" stabbed the father in the back, Edmonton police said.

The attacker fled and the man was taken to hospital with serious, non-life threatening injuries.

Police say they identified the suspect as Travis Shane Morgan, 41, and searched the area for several hours that night.

He was arrested on 118 Street three days later.

Morgan is a violent offender with 28 warrants for assault and property-related crimes, police said.

He was charged with aggravated assault, assault with a weapon, possession of a weapon for a dangerous purpose and a breach of condition.