Man rescued by firefighters from being trapped on a bridge in Devon, Alta. 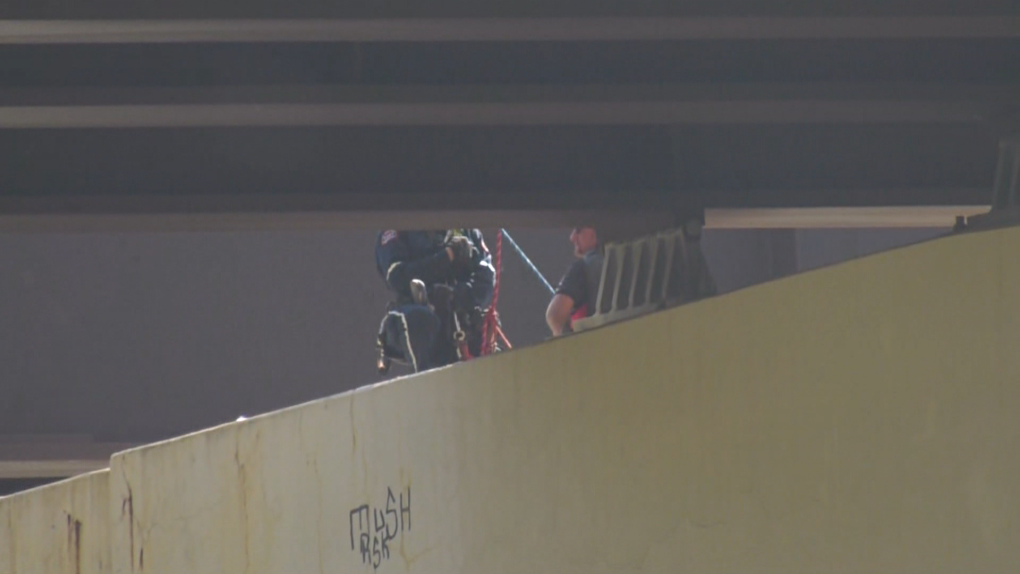 EDMONTON -- Fire crews and RCMP helped an injured man down from the Devon Bridge overlooking Voyager Park this afternoon in a rescue crews described as unusual.

Devon fire crews received a call that an injured person was trapped on the bridge Friday.

The man was stuck below the north and south bound lanes on the concrete legs of the bridge .

When firefighters arrived on scene they realized it was a technical rescue call, Devon Fire Chief Robert Main told CTV News Edmonton in an interview.

“He was vertically down between the banks on the bridge,” Main said. 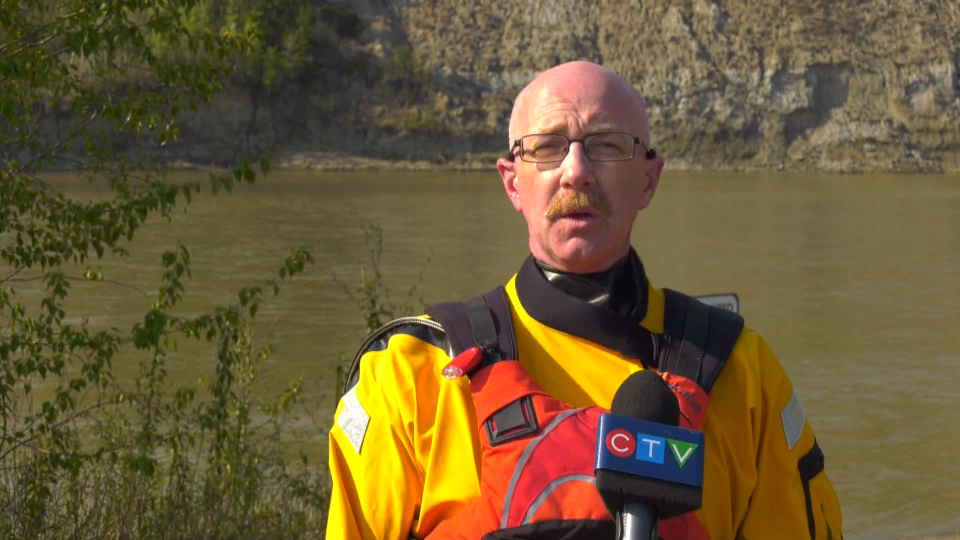 With the help of Edmonton fire and RCMP, the injured man was lowered into the water to a waiting water rescue craft and taken to shore.

Main said this was the first time he was at a call where firefighters were lowering someone away and not toward a bridge.

“With someone being trapped on the bridge and needing lowering into the water… this is the first time,” Main said.

EMS treated the man on scene. There is no word on the extent of his injuries.

Main said fire crews did not know why or how the man got to concrete legs of the bridge.