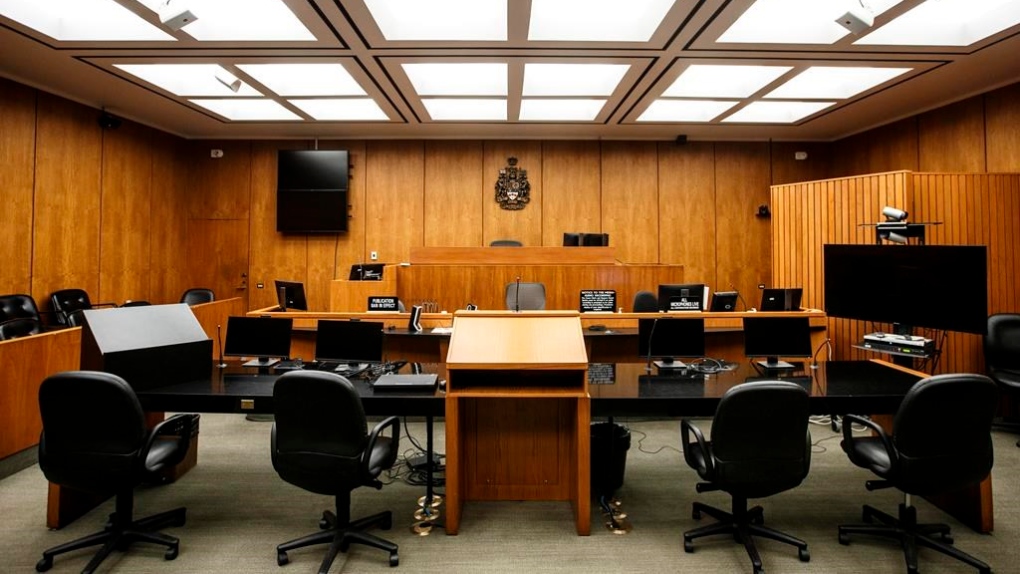 A courtroom at the Edmonton Law Courts building, in Edmonton on Friday, June 28, 2019. THE CANADIAN PRESS/Jason Franson
Edmonton -

The man who killed a 26-year-old man outside a west Edmonton convenience store in 2019 has been sentenced to 30 months in prison for manslaughter.

Desjarlais hit the back of his head on the pavement and died in hospital six days later.

"This was an unprovoked, sudden assault on an unsuspecting individual," said Alberta Court of Queen's Bench Justice Sterling Sanderman in delivering the sentence Monday.

"This was an irrational act. Jamie should not have died," he said. "It was a bad luck meeting."

Desjarlais was 26 at the time of his death and left behind an infant son.

Chase was initially charged with aggravated assault but later plead guilty to an upgraded manslaughter charge after Desjarlais' death.

Sanderman ruled Chase's moral culpability for the crime amounted to a 3 1/2 year sentence. He reduced it to 30 months with credit for a guilty plea and time already spent in custody.

The sentence for manslaughter can range from probation to life in prison.

Chase addressed the court ahead of sentencing saying he was addressing his anger issues.

"I do take full responsibility," he said. "I apologize."

Chase is also subject to a DNA order and prohibition on owning firearms.

'DID NOT DESERVE TO DIE'

Crown prosecutor Bonnie Parker had sought a sentence of between three and four years, telling the court "anything lesser would be of concern."

"It was not a spontaneous act," Parker said. "The accused walked to the deceased and delivered a push that ended his life."

Defence lawyer Douglas Lee argued for a sentence of two years, citing Chase's remorse and efforts to better himself.

"The intent to kill was not there."

"It's so unfair someone with a sincere love of life was robbed of it," she said.

"I will only know that he was good and that he did not deserve to die that night."

Hurricane Ian's rain and winds lashed Cuba's western tip, where authorities have evacuated 50,000 people, as it became a major Category 3 storm early Tuesday and roared on a path that could see it hit Florida's west coast as a Category 4 hurricane.