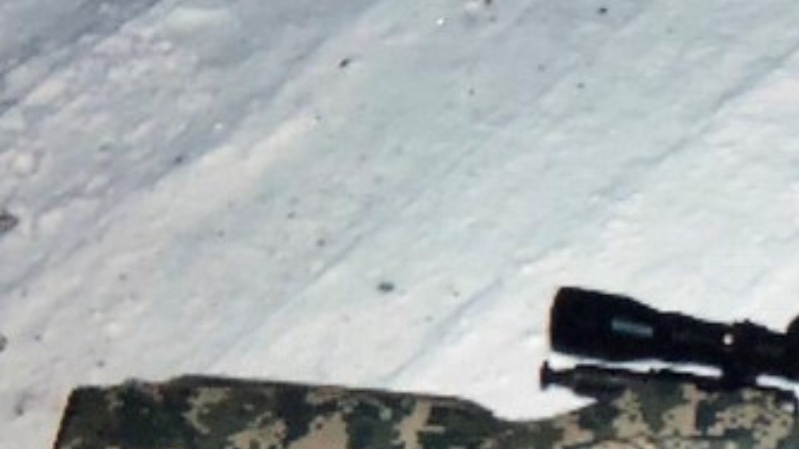 ASIRT says this rifle was found at the Maskwacis scene where an RCMP officer shot an armed man on Dec. 1, 2022. (Supplied)

Mounties responded to a call about a man discharging a firearm in a rural area of Samson Cree Nation just before 1:30 p.m.

"Officers drove to the area and, at approximately 2:03 p.m., one of them located a male carrying a rifle and walking down a rural road near the intersection of Range Road 250 and Township Road 442," ASIRT said in a release.

"A second officer, coming from the opposite direction, arrived soon after in his police vehicle. The male walked toward the vehicle, pointing the rifle upward. He stopped as the officer approached him on foot with his firearm drawn. The male then pointed the rifle in the officer’s direction and, at approximately 2:04 p.m., the officer discharged his firearm, striking the male. The male fell to the ground shortly after."

A rifle was found on scene, ASIRT said.

The man received first aid on scene and was airlifted to hospital. He died on Saturday.

ASIRT will investigate the use of force.

More than five years since Canada’s Competition Bureau began an investigation into an alleged bread-price fixing scheme, no conclusions have been drawn nor charges laid. As the watchdog is now probing whether grocery stores are profiting from inflation, one expert says the effectiveness of its tools are in question.

Health Canada is reviewing the safety of domperidone amid reports that some breastfeeding mothers in Canada and the U.S. have had serious psychiatric symptoms when they tried to stop taking the drug.

Ukraine on mission to ban Russia from Paris Olympics

Ukraine hopes to secure widespread international support for banning Russian and Belarusian athletes from the Paris Olympics due to Moscow's invasion, the sports minister said on Tuesday.

More disciplinary action may be coming now that the harrowing video of Tyre Nichols' treatment has been released. The Memphis police department is among many U.S. law enforcement agencies with 'duty to intervene' policies. Memphis police relieved two other officers of duty Monday and say the department is still investigating what happened.

A cave in Banff National Park has been recognized as a globally significant location thanks to a tiny creature found inside.