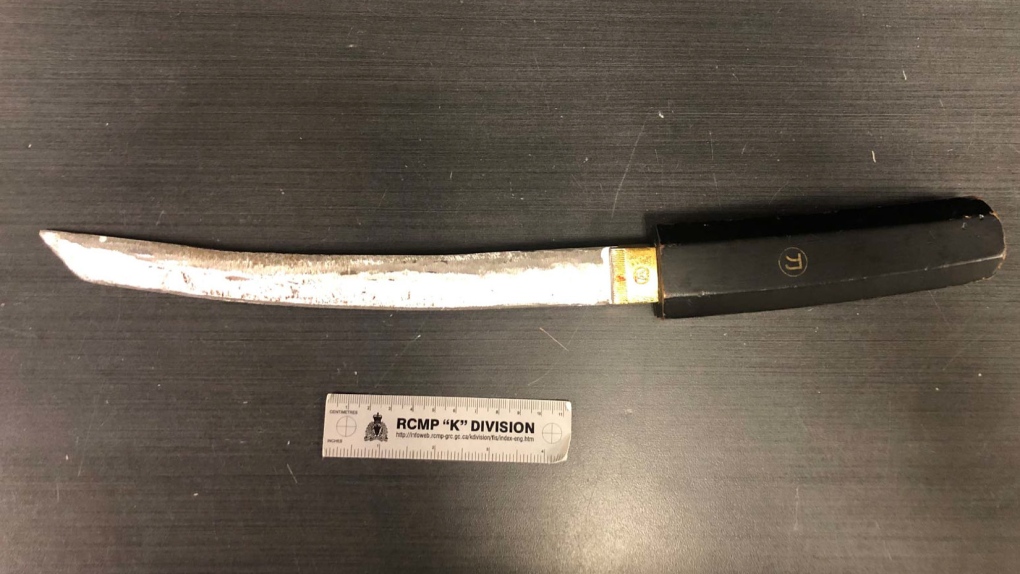 Red Deer RCMP found what they called a "bladed weapon" in a Maxwell Avenue home where a break-and-enter suspect was shot by police on Sept. 21, 2021.
EDMONTON -

Alberta's police watchdog says a man who was recently shot by Mounties in Red Deer had a weapon on him.

The agency is still investigating whether the man did anything with the weapon before being shot by police on Sept. 21, and what prompted the officer to fire their service weapon.

The update from Alberta's Serious Incident Response Team came Friday morning, two days after the man had been transferred from hospital to police custody.

The 29-year-old, Red Deer resident Scott Bruno, is said to have known the homeowner whose house on Maxwell Avenue he is accused of breaking into.

Shortly after 6 p.m. on Tuesday, the homeowner called police. A "confrontation" occurred between the responding officers and the accused, during which one officer fired his weapon, RCMP have said.

According to ASIRT, a civilian has confirmed "he heard commands to drop a weapon prior to shots being fired."

A "bladed weapon" was found in the home later, and Bruno reportedly confirmed he had on him at the time either a "knife" or a "sword."

"While this evidence provides some context for the event, there is considerably more work to be done," ASIRT said on Friday.

"It remains to be established what, if anything, the man may have done with the weapon; what the officers, including the officer who discharged his firearm, observed; and what prompted the use of potentially lethal force."

No police members were hurt in the event.

ASIRT was directed that evening to investigate.

Bruno is charged with assaulting a peace officer with a weapon, failure to comply with probation, entering a dwelling house without lawful excuse and committing an indictable offence. He was granted cash bail on Tuesday, but remained in custody at the time pending payment.