Man shot in the back during fight at NE Edmonton apartment 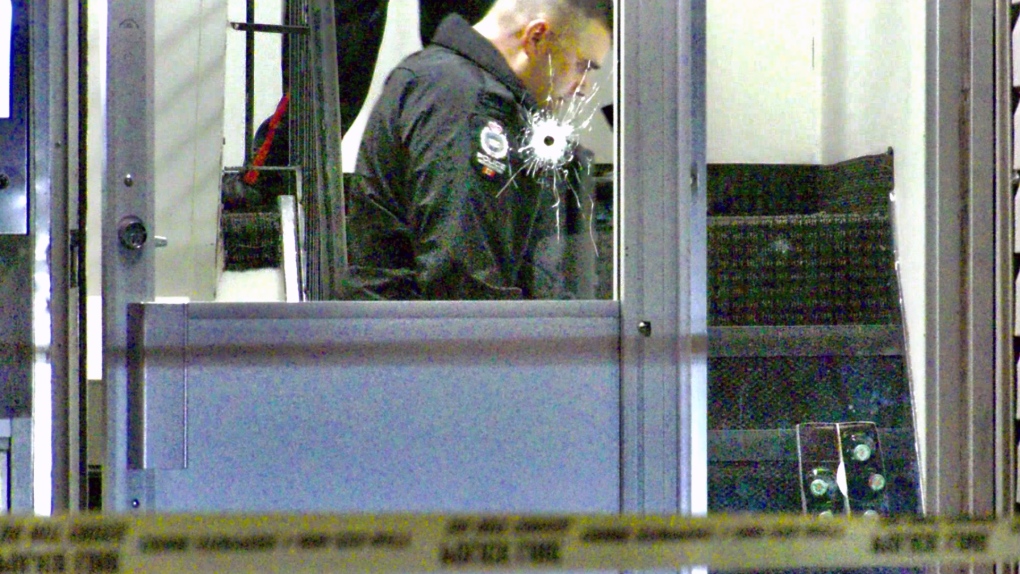 EDMONTON -- A man was rushed to hospital with several gunshot wounds, while a tactical team and armoured vehicle rushed to the scene to search for the shooter Sunday night.

“Investigations at this point suggest there was an altercation between a couple people in the foyer area of that address resulting in one individual being shot in the back more than one time,” Staff Sgt. Trevor Bohachyk told CTV News Edmonton.

The gunshot victim was taken to the Royal Alexandra Hospital with serious but not life-threatening injuries.

A bullet hole could be seen through the front glass door of the three-storey walk up apartment and an armoured vehicle drove up on the lawn at the side of the building.

Police searched for a suspect and any other injured people, but found neither at the scene after about an hour of looking.

“A search of the building didn’t produce or reveal anybody else injured and our victim is not cooperating with our investigation,” Bohachyk said.

Patrol officers continued to hold the scene while detectives searched the area for evidence.