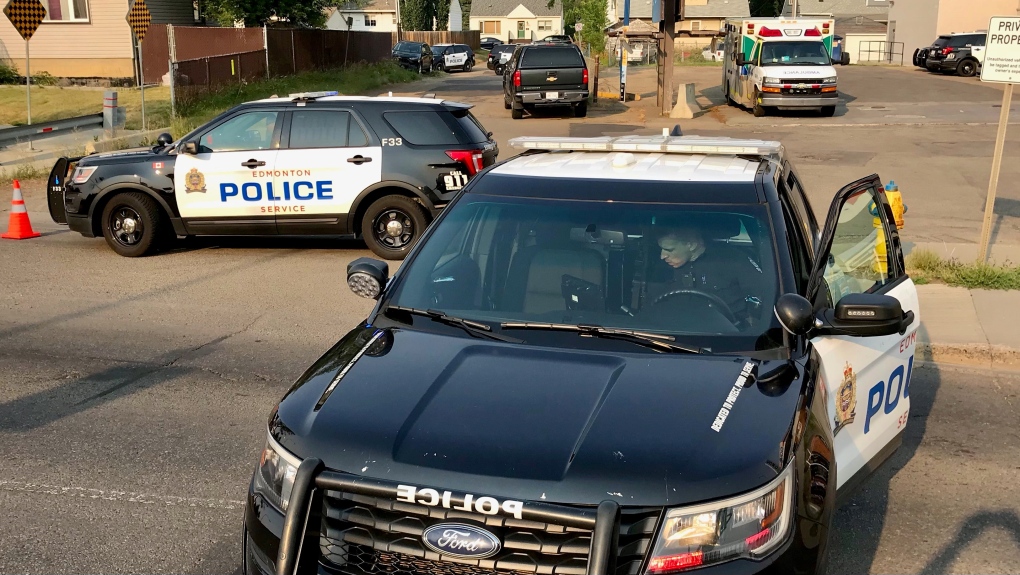 Police closed a major commuter road in Edmonton Thursday afternoon after a man turned up at a busy gas station with a gunshot wound to his leg.

The man went to the Domo on St Albert Trail for help around 4 p.m.

An EPS Inspector told CTV News Edmonton at the scene that the victim was expected to survive.

Patrol officers closed St. Albert Trail north of the 118 Avenue traffic circle while a tactical team searched a nearby house for suspects.

Traffic was re-routed from the area with St. Albert Trail being completely closed north of 118 Avenue for several hours.

Police didn’t find anyone else injured.

Carolin Maran, EPS spokesperson, later told CTV News Edmonton that officers arrested three people inside the house, but all were released without charges.

Maran said the investigation was ongoing.