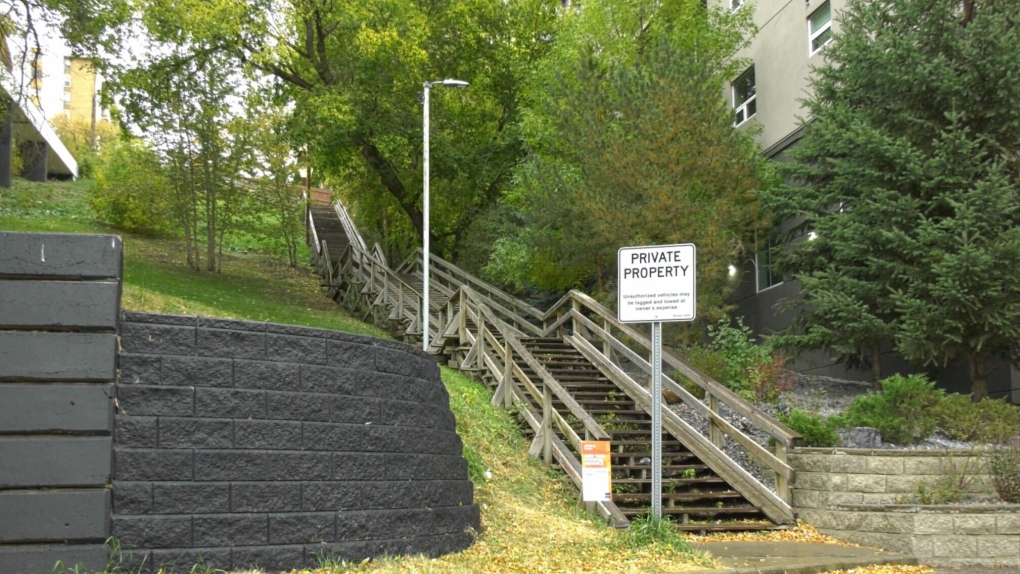 Edmonton police are searching for two people after a man was assaulted and robbed while walking on these stairs in the area of 104 Street and 97 Avenue Tuesday morning. Sept. 29, 2020. (Matt Marshall/CTV News Edmonton)

EDMONTON -- A man was robbed and assaulted on Tuesday morning in downtown Edmonton.

According to police, the 34-year-old was walking on the stairs between 104 Street and 105 Street north of 97 Avenue when he was attacked by two people.

Police are now searching for a man in his mid-20s wearing a multi-coloured top and a woman in her mid-20s. The pair reportedly fled towards Rossdale after the attack.

The victim, who was cut on his head, managed to flag down a bus near Bellamy Hill for help.

This is a developing news story, more details will be provided as they become available.