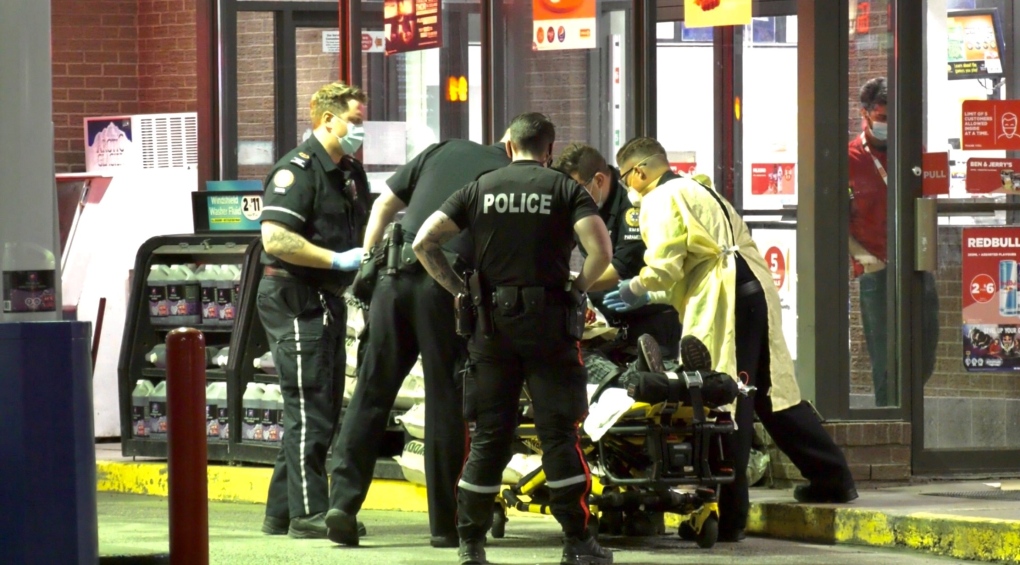 A man was rushed to hospital Wednesday night after he was stabbed several times northwest of downtown Edmonton.

EDMONTON -- A man was rushed to hospital Wednesday night after he was stabbed several times northwest of downtown Edmonton, and police are searching for a second man who fled the scene.

The injured man made it to a nearby convenience store for help, where witness Bill Aylwin and others tried to help.

Aylwin said he attempted to keep the victim calm and conscious until police and paramedics arrived.

“I hope he makes it," Aylwin said. "When they put him on the stretcher he moved his hand so I think he’ll make it. It’s sad these things are happening.”

The man was taken to the hospital with non-life threatening injuries.

Police confirmed Thursday that the second man had left the scene before officers arrived and they do not have a description.

“There’s no real risk to the public," Sgt. Murray Burke said at the scene. "They’re known to each other, but other than that we’re still trying to figure that (relation) out.”

Burke said police were holding the apartment suite and speaking with the victim as part of the investigation, which is ongoing.