Man taken to hospital after 3-car collision in north Edmonton 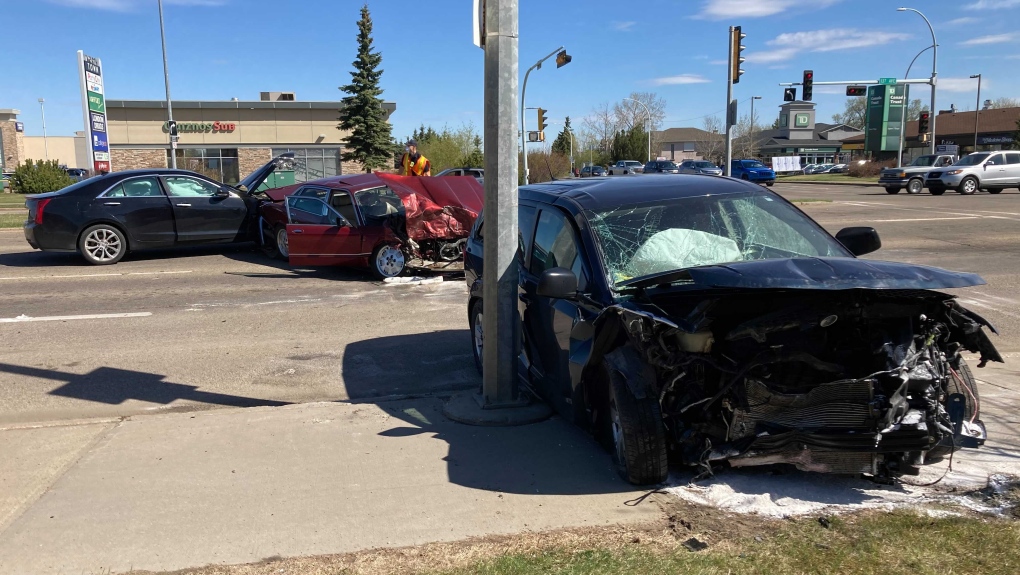 EDMONTON -- A man was taken to hospital for precautionary reasons Thursday morning after a three-vehicle crash at 137 Avenue and 93 Street, according to Edmonton police.

No other injuries have been reported from the scene.

Eastbound traffic on 137 Avenue was reportedly initially shut down, but police tell CTV News Edmonton there are no road closures at this point.

Police say they don't believe speed or alcohol were factors in the collision.

The cause of the crash has not yet been determined by police.