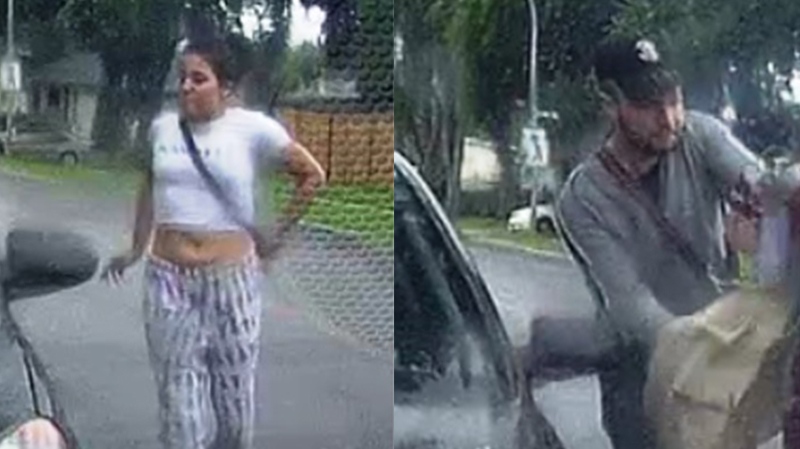 Edmonton police have released surveillance images of two suspected carjackers who they say tricked a driver in order to steal her vehicle.

It happened the morning of Friday, Aug. 30. Police say a woman was sitting in her parked vehicle, a 2009 black Hyundai Accent, at 121 Avenue and 103 Street when a white sedan pulled in behind her.

A woman got out of the sedan and asked the driver to call a cab for her.

Police say while that was happening, a man got out of the same white sedan and demanded the driver give up the keys to her vehicle.

The man then forcibly stole the Hyundai and took off, according to police. The stolen vehicle was later found by RCMP in Valleyview. 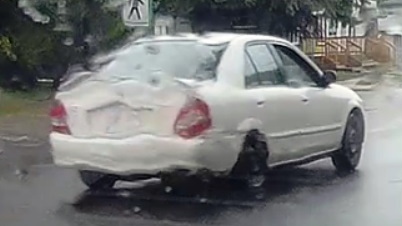 A photo of the white sedan police say was used in an Aug. 30 carjacking is shown. (Handout)