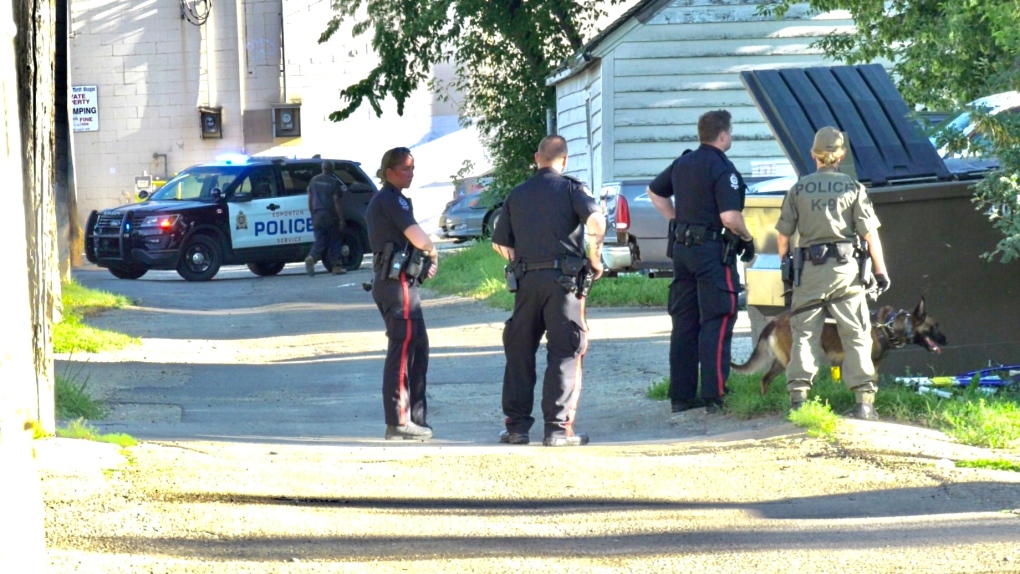 EDMONTON -- Patrol officers, a canine unit and a tactical team surrounded an apartment building in Edmonton Wednesday after a man was shot with a shotgun.

Police were called to an apartment complex located on 89 Street near 118 Avenue around 6:30 p.m.

The man was shot in the shoulder and taken to hospital with non-life-threatening injuries, Staff Sgt. Scott Kruse confirmed to CTV News Edmonton near the scene.

Kruse said a number of details were still being investigated including exactly where the shooting occurred, how the confrontation started and how many suspects were involved.

Officers cleared the area around 8 p.m. and no arrests had been made.