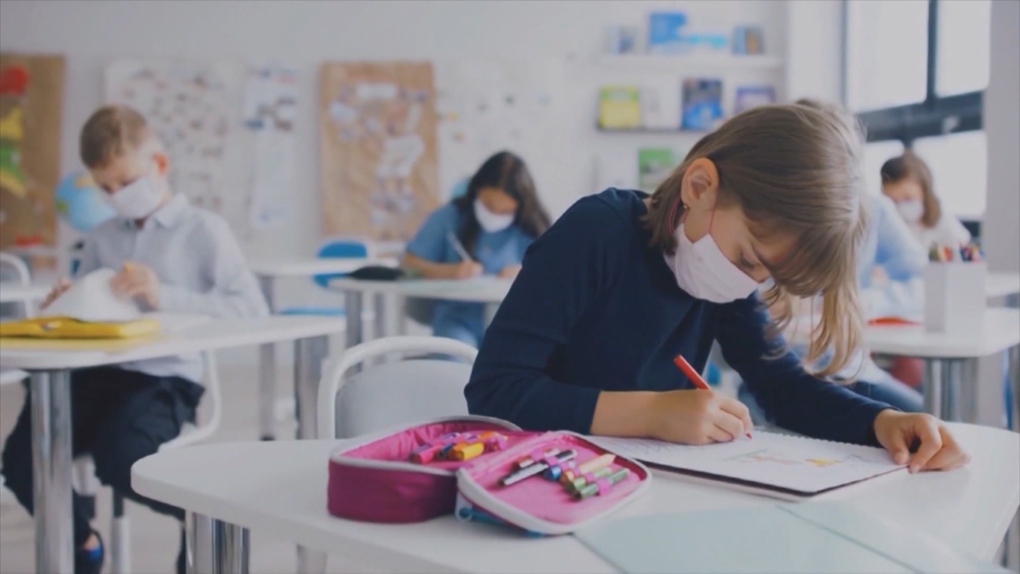 Students in Grades 4 to 12 will be required to wear masks at school. (Supplied)

EDMONTON -- Premier Jason Kenney said there was no conflict of interest in the province’s decision to award contracts to Old Navy and IFR Workwear for reusable masks.

The companies have been contracted to provide nearly two million reusable masks for Alberta students and teachers for the upcoming fall semester.

Two reusable masks will be given to every student in Grades 4 to 12, as well as to teachers and staff.

Critics pointed out that IFR Workwear is based in Education Minister Adriana LaGrange’s riding and that the company has donated to Jason Kenney and past conservative parties.

The premier said that the choices for the procurement process were handled by an independent third party.

“My understanding is that when a third party, on behalf of the government, put out a request for proposals, they (IFR Workwear) submitted a bid and won a portion of the work in a transparent, arms-length process, which is exactly how the system should work,” said Kenney.

The choice of Old Navy was also criticized as several Alberta-based companies had offered to help meet the province’s demand.

“There was a super rush on this because of the recommendation that we received from the Chief Medical Officer of Health eight days ago to require masks for children over Grade 4 in common areas of the schools,” said Kenney.

“The relevant ministry did a super-fast procurement process and went to suppliers who could supply that much that quickly at a reasonable price.”

Masks for students in kindergarten to Grade 3 will be optional.