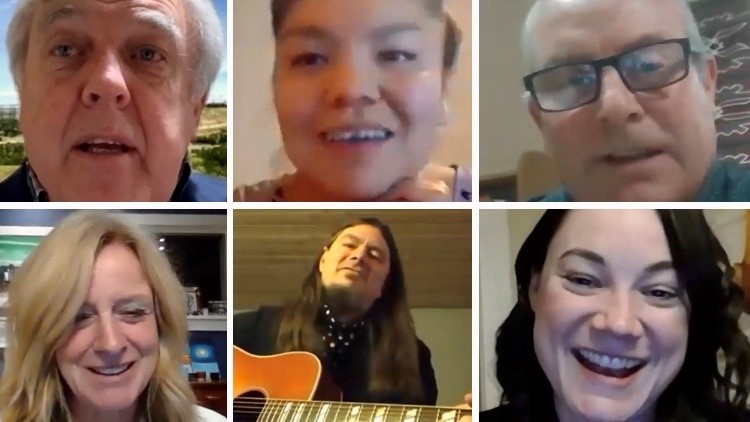 A town hall meeting was held on Thursday to fight a UCP policy that would allow coal mining in the Rocky Mountains.

EDMONTON -- More than 250 people attended a virtual NDP town hall Thursday night to fight a UCP plan that would allow more coal mining in the eastern slopes of the Rocky Mountains.

After a public backlash - the UCP cancelled some leases on Monday - but the government still argues the coal mines can be safe and create jobs.

“I’ll do whatever it takes to stop this insanity,” Cam Gardner, a councillor from the M.D. of Ranchland and a former NDP candidate, told the gathering.

“I don’t think the food companies will see an added benefit selling French fries with a label on the package that says ‘with added selenium or chromium or barium or arsenic,’” he said referring to water concerns surrounding coal mining.

Lethbridge Mayor Chris Spearman also said he was worried about water pollution and what that could do to farming, ranching and food processing businesses in southern Alberta.

“I fail to see why the Lougheed policy had to be removed. I think it needs to be reinstated as quickly as possible and I don’t think we can count on that with this government,” Spearman said, arguing his council wasn’t properly consulted before the UCP announced its plan.

“To have this go forward and to have the headwaters potentially contaminated is a huge betrayal of trust,” he said.

The United Conservative government has said that developing metallurgical coal for export through B.C. will create jobs - and has cautioned that any projects are subject to be reviewed before approval.

On Monday Environment and Parks Minister Jason Nixon released a statement claiming there will be “no ‘free-for-all’ on coal projects.”

A request to his press secretary for comment on Thursday’s town hall was not returned.

The new policy is being challenged in court by residents and groups opposed to development, who are citing concerns about wildlife and water systems.

The issue of Treaty rights has also been brought before the courts.

“Really I come to you today as a concerned mother of three beautiful Blackfoot babies. The ones who will be growing up on this land,” Latasha Calf Robe, from the Blood Tribe, told the meeting.

“This was a deliberate attack on our way of life and who we are. Our livelihood and our rights as First Nations are being diminished through the rescinding of this policy,” she said.

More than 100,000 people have signed petitions against the further extraction of coal in Alberta.