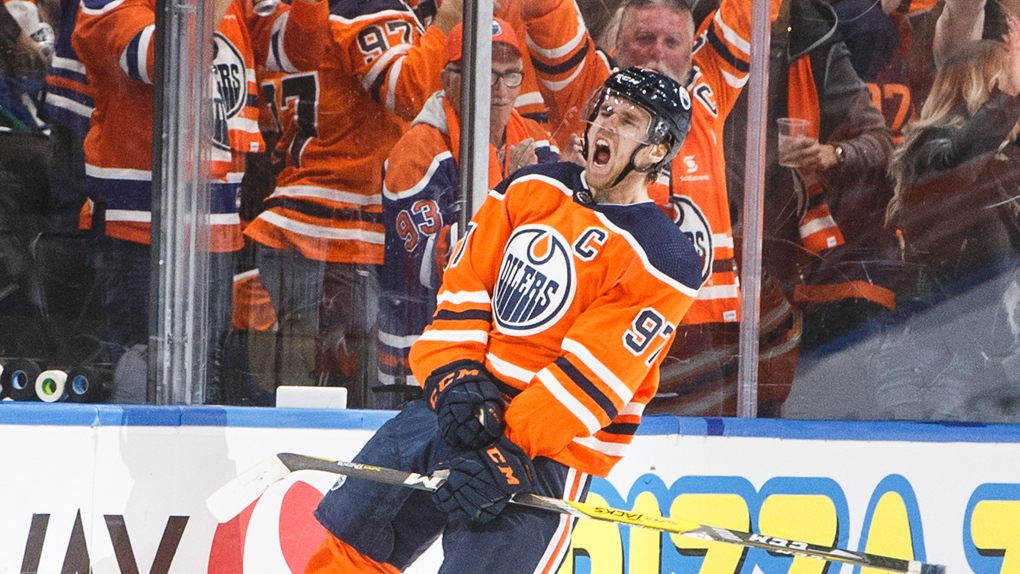 EDMONTON -- The Ken Holland/Dave Tippett era is off to a fine start, as the Oilers kick off the 2019-20 NHL season with a come-from-behind 3-2 win against the Vancouver Canucks on home ice.

Leon Draisaitl finished second in goals last season with 50, just one behind league leader Alex Ovechkin of the Washington Capitals, and he’s off to a flying start this year finishing the night with three points and a +2 rating.

Draisaitl opened the scoring 5:42 into the first period.

Canucks goalie Jacob Markstrom made the initial save on the Matt Benning point shot but gave up the rebound to Zack Kassian.  In traffic, he hit Draisaitl streaking down the right side with a nifty back hand pass, leaving Draisaitl with a wide-open net for his first of the campaign.

“Leon (Draisaitl) was a horse, as he always is,” captain Connor McDavid said after the game, “and (Kassian) brought a lot of energy tonight like he does as well, so a real good start for those two and something I look forward to watching all season long.”

“He’s a skilled player,” Draisaitl said of his line mate, Kassian, after the game, “I don’t think he gets enough credit for his skill set and his hockey sense.”

The second period started off slow, then Alexander Edler tied things up for the Canucks.

Moments after Edmonton killed a too many men penalty, Brock Boeser set up Edler at the blue line, his shot going over the shoulder of a screened Smith tying things up 1-1.

After the Canucks picked up a too many men penalty of their own, the Oilers power play was buzzing. However Markstrom was up to the task, making his biggest save of the night, denying Alex Chaisson with a toe save in tight, and following that up with a couple of saves on Draisaitl before covering the puck.

The Canucks came out strong in the third, and took the lead 9:41 into the period. Tyler Meyers’ one-timer from Quinn Hughes was redirected by Tanner Pearson, fooling Mike Smith , and putting the Canucks up 2-1.

But the Oilers put the pedal to the metal in the second half of the frame.

Draisaitl returned the favour to Kassian, putting on the breaks at the top of the right faceoff circle and finding Kassian with a cross ice pass setting up the Oilers second goal of the game 10:52 in to the third.

And less than five minutes later, Benning forced a Canucks turnover in the neutral zone which led to a McDavid highlight reel goal. The Oilers captain took a pass at the blue line from Draisaitl and beat three Vancouver defenders before scoring short side on Markstrom for what would be the game winner.

“Benny made a good play pinching off the puck,” McDavid said describing his first goal of the season, “he threw it in the middle, (Draisaitl) just kind of stopped it up for me and I started to get it to the net.”

The Canucks outshot Edmonton 33-22, and head coach Dave Tippett expressed concern with the amount of time the Oilers defence spent in their own end.

“Alright, just alright.” Tippett responded when asked about the performance of his blue liners.

Mike Smith was solid in his Oilers debut, making 31 saves in the win.

Smith got the start over Mikko Koskinen who signed a three-year, $13.5 million dollar extension last year, by then general manager Peter Chiarelli, just days before he was fired.

“I thought we did a lot of good things out there,” Smith said of his team’s performance, “obviously it was a huge team win for our group, we never crumbled when we got down 2-1.”

Having one of the worst penalty kills in the league last season, the Oilers were a perfect 4/4 on the PK against the Canucks.

“it’s going to be a big part of why we have success this year,” Smith said postgame, “so I think you have some key players out there that are willing to pay the price to get in shooting lanes and do the right thing it takes to win games and the PK are your glues guys that are going to go out there and do whatever it takes to win and tonight we did a heck of a job.”

The Oilers’ next game is at home on Saturday against the Los Angeles Kings, before heading on a four game Eastern road swing.