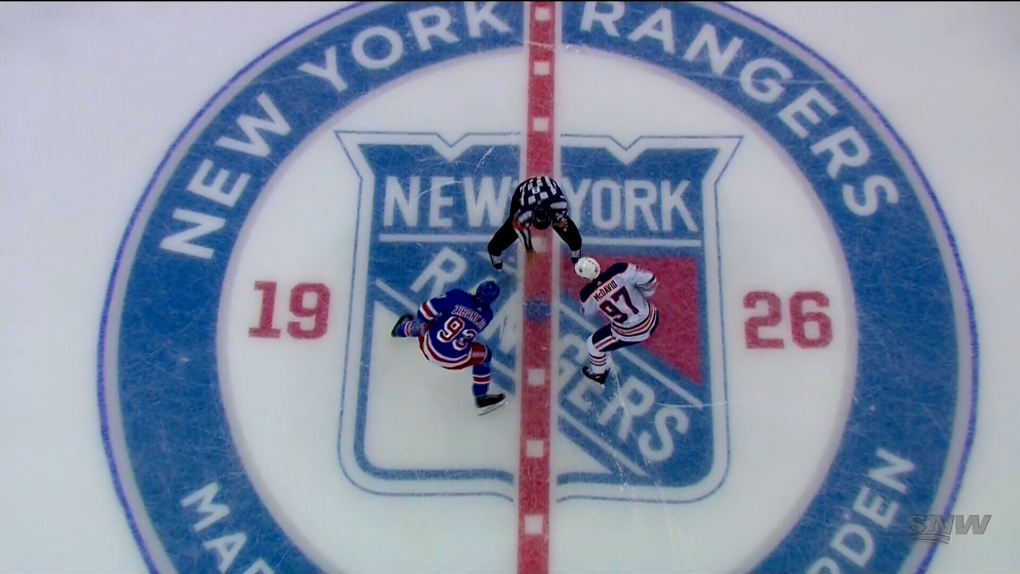 The Edmonton Oilers sit 5-0 after beating the New York Rangers on Oct. 12.

NEW YORK -- Connor McDavid scored the tiebreaking goal and Leon Draisaitl had two goals and an assist, all in the third period, and the Edmonton Oilers beat the New York Rangers 4-1 Saturday for their season-opening fifth straight win.

Oscar Klefbom had a goal and an assist, McDavid also had an assist, and Mike Smith stopped 20 shots to help Edmonton complete a sweep of the New York area teams. The Oilers beat the Islanders 4-1 on Tuesday night, and then edged New Jersey 4-3 in a shootout Thursday night.

Edmonton, 5-0-0 for the first time in 34 years, became the first team in NHL history to win its first five games after trailing in each.

Rookie Kaapo Kakko had his first NHL goal for the Rangers, who had won their first two games but were playing for the first time in a week. Henrik Lundqvist finished with 23 saves.

With the score 1-1, Lundqvist made several nice saves early in the third to keep the score tied, and Edmonton's Matt Benning hit a goalpost at 5:15. New York's Artemi Panarin was stopped by Smith on a wide-open try from the left side 70 seconds later.

Edmonton then took the lead when McDavid was credited with a power-play goal at 9:44. His pass for Neal in front deflected off Rangers defenceman Jacob Trouba's leg and past Lundqvist. It was McDavid's fourth of the season.