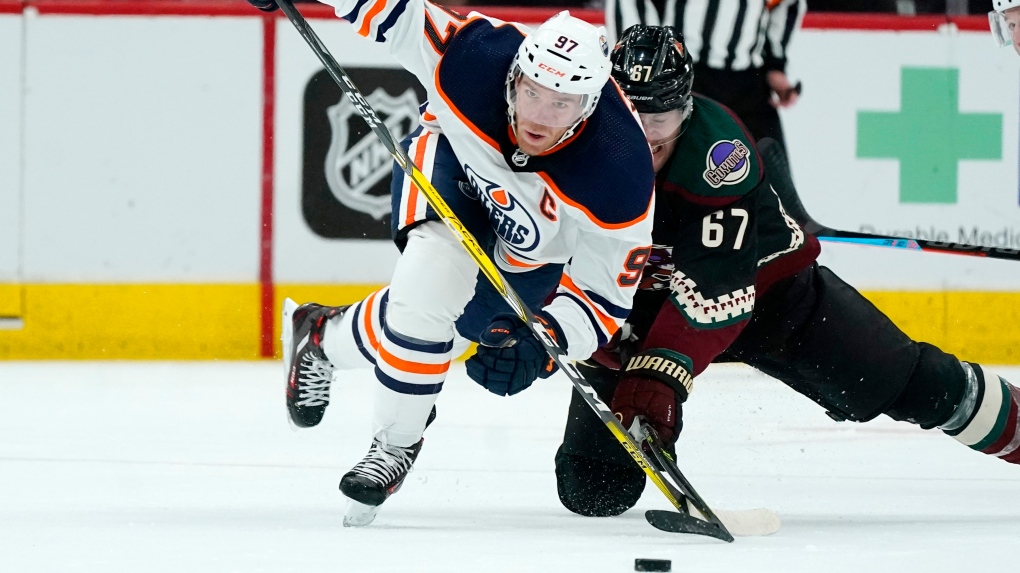 Connor McDavid scored twice to eclipse 200 career goals and had an assist, Zach Hyman had two goals and the Edmonton Oilers remained undefeated with a 5-1 victory over the winless Arizona Coyotes on Thursday night.

The Oilers were sharp in their first regular-season in the U.S. since March 5, 2020, due to the pandemic, scoring at least five goals for the third straight game.

McDavid scored in the second period to hit the 200-goal mark - two days after teammate Leon Draisaitl reached the milestone - and scored his sixth goal in four games in the third. He has multiple points in every game this season and 11 overall.

Mikko Koskinen had 25 saves in his first start since Mike Smith went on injured reserve with a lower-body injury. Warren Foegele also scored for Edmonton.

Dysin Mayo scored in his NHL debut and Karel Vejmelka stopped 26 shots for the 0-3-1 Coyotes. They allowed at least five goals for the third time this season.

The Coyotes were good in their own end early after first-year coach Alex Tourigny switched up his defensive pairings against Edmonton.