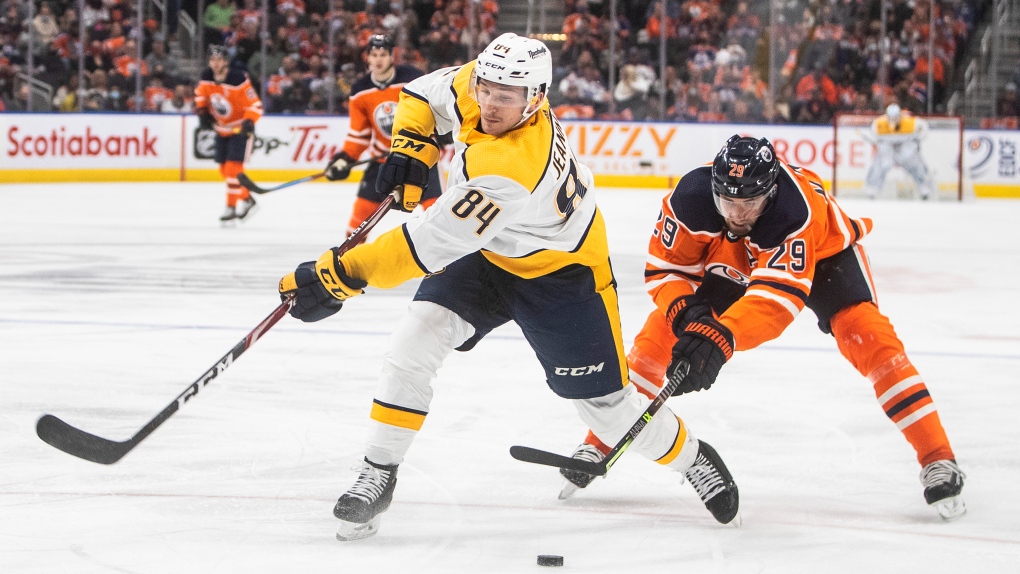 Connor McDavid scored the shootout winner and added a goal in regulation as the Edmonton Oilers continued their efforts to dig their way out of a recent slump with a 3-2 victory over the Nashville Predators on Thursday night.

Filip Forsberg, Matt Duchene scored for the Predators (27-14-4), who lost for the first time in four games.

The Oilers tied an unfortunate franchise record by allowing the game's first goal for the 11th straight game when Forsberg scored his 200th career goal high to the stick side past Koskinen five minutes into the opening period. It was also the 26th time in the last 30 games Edmonton has allowed the first goal of the game.

Edmonton got that back with 32 seconds to play in the first as McDavid blazed up ice and cut past defender Matt Benning before putting his 21st of the season through the legs of Nashville goalie Juuse Saros.

The Predators went ahead 2-1 seven-and-a-half minutes into the second when Duchene elected to shoot on a two-on-one, notching his 21st high to the glove side past Koskinen.

The Oilers pulled even again with five minutes to play in the middle frame as a long point shot from Bouchard hit a defender and caromed into the net.

There was no scoring in the third, with Edmonton outshooting the Preds 43-26 through regulation time.

Overtime saw Darnell Nurse hitting a post for the Oilers.

The Oilers begin a three-game road trip in Montreal on Saturday. The Predators are off until Tuesday, when they will host to the Vancouver Canucks.

Fourteen children and one teacher were killed in a shooting at a Texas elementary school Tuesday, and the the 18-year-old gunman was dead, Gov. Greg Abbott said. Abbott said a local man opened fire at at Robb Elementary School in Uvalde, about 136 kilometres west of San Antonio.

The findings of a highly-anticipated report about how to tackle sexual misconduct in the Canadian Armed Forces (CAF) will be made public in the 'coming days,' a spokesperson for Defence Minister Anita Anand says.

Workers digging through the rubble of an apartment building in Mariupol found 200 bodies in the basement, Ukrainian authorities said Tuesday, as more horrors come to light in the ruined city that has seen some of the worst suffering of the 3-month-old war.

The Canadian Football League's Calgary Stampeders said they are investigating reports that player Brendan Langley was charged after a fight with a United Airlines employee at Newark Liberty International Airport that was partially caught on video, according to a team statement obtained by CNN.