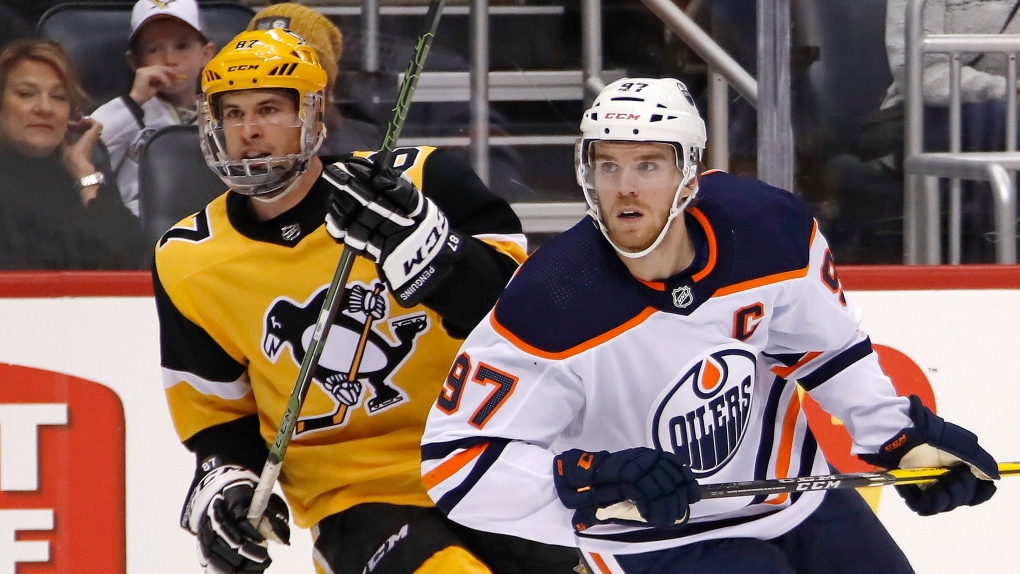 Oilers Head Coach Dave Tippett literally knocked on a wooden table Wednesday when he stated his team's COVID-19 concerns, so far, were limited to just one player.

Tippett confirmed defenceman Cody Ceci tested positive for the virus and was likely to be out for around 10 days.

"You do whatever you can to stop the spread," the coach said.

The team cancelled practice on Tuesday, and Tippett was hopeful Wednesday's game against the Pittsburgh Penguins was a go with an otherwise full lineup.

"We've had some guys with COVID in the summer and that, but nothing that's really gone through the dressing room. We took some steps to nip it in the bud right away, we'll see. You never know," he said.

The team had already lost three starting defenceman to injury and rookie Markus Niemelainen was recalled from the Bakersfield Condors to fill Ceci's spot.

The COVID-19 concern loomed over an important matchup for the NHL, in which two of its brightest stars were set to face off for the first time in two years.

'THEY'RE BOTH GREAT FOR THE GAME'

Connor McDavid and Sidney Crosby, both widely considered amongst the best on the planet, haven't played against each other since November 2019 because of the pandemic.

"He's won everything there is to win, and one of the best in our sport to ever do it in our sport, so it's always a good challenge," McDavid said.

The Oilers captain said he's watched Crosby "from afar" and learned about how to carry himself as a young superstar.

He also credited the Penguins captain with constantly working hard to improve his game, even though Crosby was already considered the best in the league, early in his career.

McDavid and Crosby are likely to both play on Team Canada at the 2022 Olympic Games in February in China.

"It would be so exciting to play with any of those Canadian guys. There's a deep group of players to pick from so getting an opportunity to represent my country and get to play with some of the best players in the world, and Sid is right up there at the top, it's a huge honour and something I look forward to," McDavid said.

"They're both incredible players, they're both great for the game, great people. And it's too bad the don't play each other more, but we get to see it tonight," he said.

"I think they're going to have fun playing against each other…it's fun for them, and good for everyone else."

The Oilers and Penguins face off at 8 p.m. MT at Rogers Place.

Prime Minister Justin Trudeau says he's isolating because one of his kids tested positive for COVID-19. In an interview with The Canadian Press, he says he feels fine and has no symptoms.

Canada's top doctor says the Public Health Agency of Canada (PHAC) has detected more than 100 cases of a new Omicron subvariant known as BA.2, doubling the number of infections from the virus lineage that were reported earlier this week.

A new study has identified an antibody ‘signature’ in COVID-19 patients’ blood that can be used to predict long-term complications. Other risk factors include severe initial symptoms and a previous history of asthma.

The Saskatchewan Health Authority expects an overwhelming acute care surge due to the Omicron COVID-19 variant.