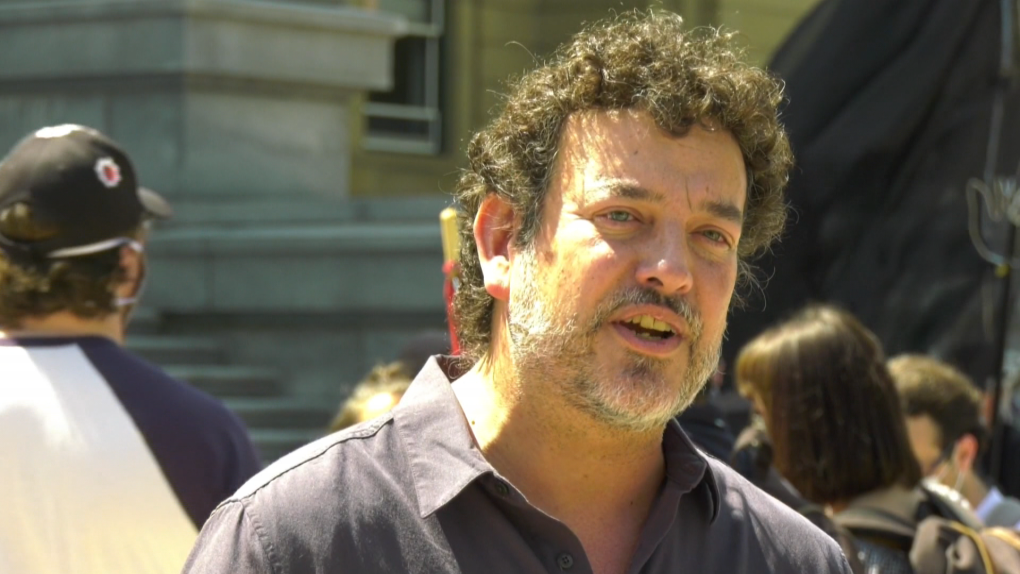 EDMONTON -- The president of the Alberta Federation of Labour is apologizing for "invoking the name” of Adolf Hitler while criticizing the governing UCP’s handling of a controversial labour bill.

Gil McGowan wrote a series a tweets about Bill 32 Monday that included references to Hitler, the Nazis, and a poem about how that murderous regime “came for the trade unionists.”

“I was wrong to use the Nazi regime as a point of reference,” McGowan wrote in a statement on the AFL website Wednesday, which he also posted on twitter.

“After engaging in conversation with a representative of the Calgary Jewish Federation and the Jewish Federation of Edmonton, it became clear to me that my use of a quote widely attributed to Hitler’s propaganda chief could trigger traumatic memories for survivors of the Holocaust and their descendants.”

“Through our direct engagement with Mr. McGowan, we feel he understands his error in comparing current day politics to one of the world’s most horrific historical events,” The Jewish Federation of Edmonton tweeted Wednesday.

We accept @gilmcgowan's apology regarding his recent comments around the Nazis & the Holocaust. Through our direct engagement with Mr. McGowan, we feel he understands his error in comparing current day politics to one of the world’s most horrific historical events. (1/2) https://t.co/r6E6bKN43Q

In the same statement in which he apologized, the AFL leader also made it clear that he would not back down on his criticism of the government and Bill 32.

“I will continue to push back against the UCP’s agenda of cuts, privatization and polarization, including their controversial Bill 32, which, in my estimation, will strip working Albertans of many of the rights and protections enjoyed by other Canadians. But I will do so without reference to the much greater evil that was Nazism and the Holocaust.”

The government argues Bill 32 will “restore balance” to Alberta workplaces by, in part, allowing employees to opt-in on union contributions to political parties.

“Giving people the option not to pay union dues to fund your political pet projects is not even close, not even kind of, to the persecution that over 6M Jewish people faced in the Holocaust. There is no adjective strong enough to describe my disgust for this thread,” UCP MLA Michaela Glasgo tweeted Monday in response to McGowan.

Critics, including the AFL, counter that the bill is a union busting tactic, that will provide an advantage to corporate political action groups that traditionally support right-wing parties.

On Monday, Matt Wolf, Executive Director of Issues Management for the premier, responded to McGowan’s tweets by calling the union leader and “fool” and a “clown.”

Bill 32, the Restoring Balance in Alberta’s Workplaces Act, was introduced in the legislature on July 7.