One of the Alberta legislature’s newest employees has made it her mission to teach Albertans about democracy.

Hansard Rose is a four-month-old kitten who’s now known around the building as the Speaker’s cat.

She arrived when she was only a few days old. 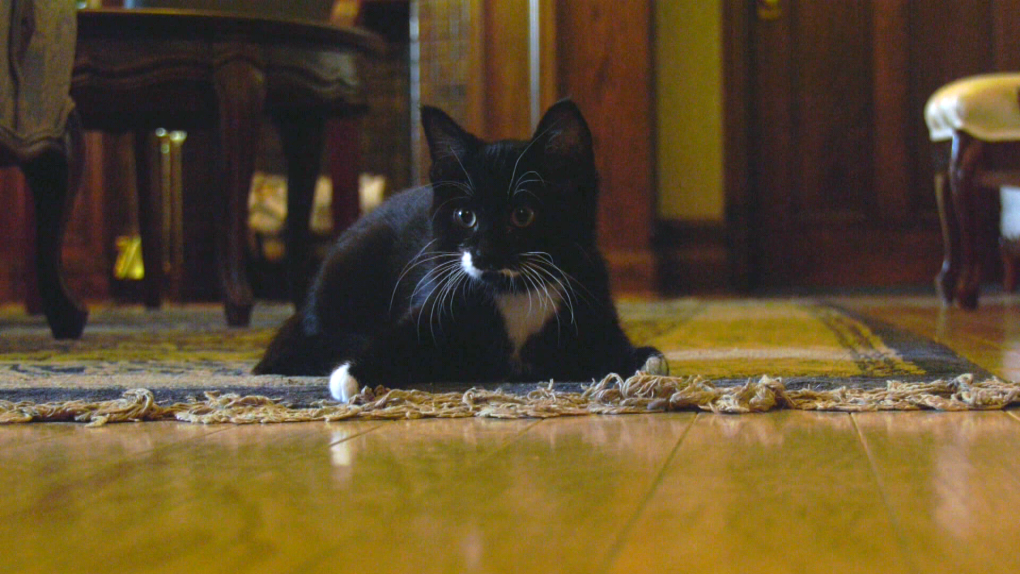 “Hansard initially was bottle fed and so everybody in the office took turns taking care of Hansard and so she’s really endeared herself to the entire building,” Nathan Cooper, Speaker of the House told CTV News Edmonton.

It’s not just the staff at the legislature who have fallen in love with Hansard. Cooper posts regular updates about his cat to social media in hopes of teaching people about the building and the democratic process.

Hansard has been out on the prowl and checked out the mase. Alberta’s original mase was made by Charles Butterworth and was created out of spare parts. pic.twitter.com/RDIzPXsREX 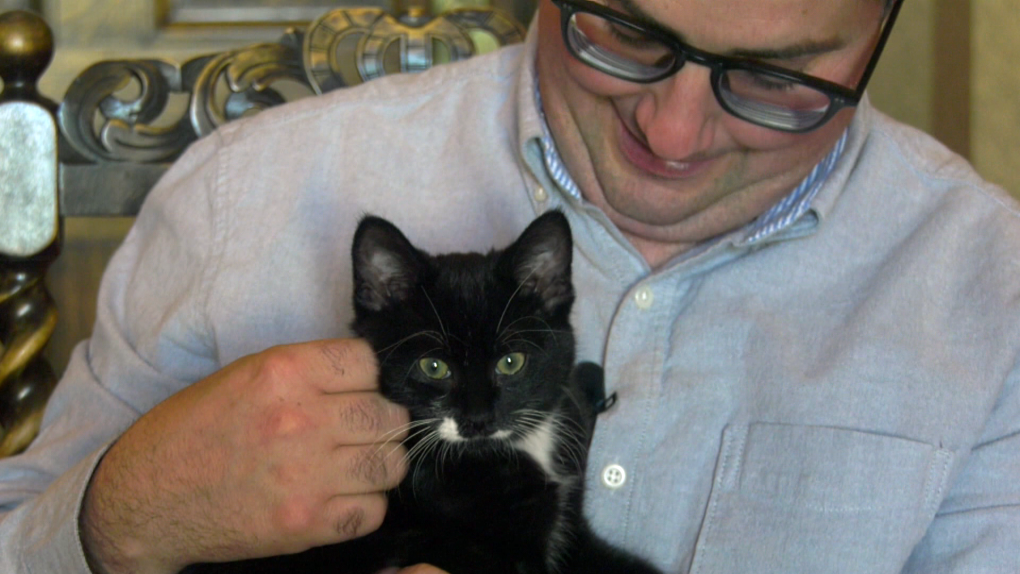 Even Hansard’s name is related to the legislature.

“Hansard is a function of the legislature that records every single word that is spoken inside the chamber. It’s called Hansard. And Hansard departments exist in most Westminster parliamentary systems,” Cooper said.

“Every single word that’s been spoken since about 1970 can be looked up on the internet today through Hansard. So whether it’s talking about Hansard, or the mace, or cool portraits around the building that Hansard tours and checks out, this is a great way to connect people to our democracy.”

Hansard has become so popular that she even has her own fan social media account, @TheAbLegCat.

Omg how cute am I in this pic?!? Little itty bitty mini meow 😍 Good job Coop, you’re getting my good angles 🐱🤩 https://t.co/bTasvnnANg

“I actually don’t know who holds the account,” Cooper said. “They’ve been a great addition, super funny and engaging, really chatting from Hansard’s perspective, but it’s actually not me or my office, so whoever it is, I hope you keep being as non-partisan as the speaker is, because it’s important that the message we communicate with the cat is really about the importance of our democracy, the importance of the legislature and how people can interact with it.”

When she’s not holding court with staff at the legislature or touring the building, Hansard spends her time at home with Cooper and his family. 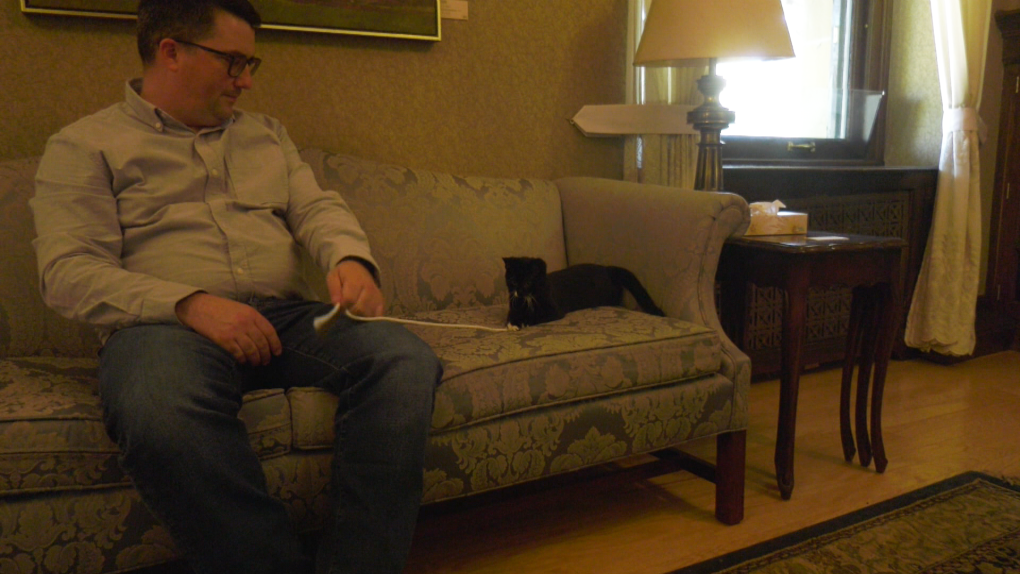 “I also have three kids who love Hansard and it’s been a really great addition, not just to the legislature but also to the family.”

“Sometimes politicians and politics seem like a far off, distant problem, but really we’re people too who have pets and families and want to engage with the public.”

And Cooper hopes when he leaves, Hansard will have a successor.

“When I leave, I hope the next speaker continues the speaker cat tradition.”