EDMONTON -- The life-sized statue of Bob and Doug McKenzie is a popular attraction in Edmonton’s Ice District, but the two hosers are not the only SCTV characters who have been turned into works of art. Ritchie Velthuis, who was commissioned by a committee to make the Bob and Doug sculpture, also created small versions of cast members from the comedy series.

“I didn’t really expect to get the commission so i thought this would be really joyful to indulge and create all seven of those characters,” says Velthuis.

The characters, which stand about a foot high, are now on display at Harcourt House Artist Run Centre in an exhibition called “SCTV Monument – Journey Of An Artist”. The journey started in 2016, when Velthuis started making the small sculptures, and culminated last year with the placement of the life-sized bronzed statue downtown.

During that time Velthuis, who was not sure which character he make into a life-sized version, watched episodes of SCTV, a lot of episodes, to get inspiration.

“It was just hours and hours of freeze framing, taking notes. Episode four there’s a really good side view, and episode three you can see what their butt looks like,” Velthuis says with a laugh. 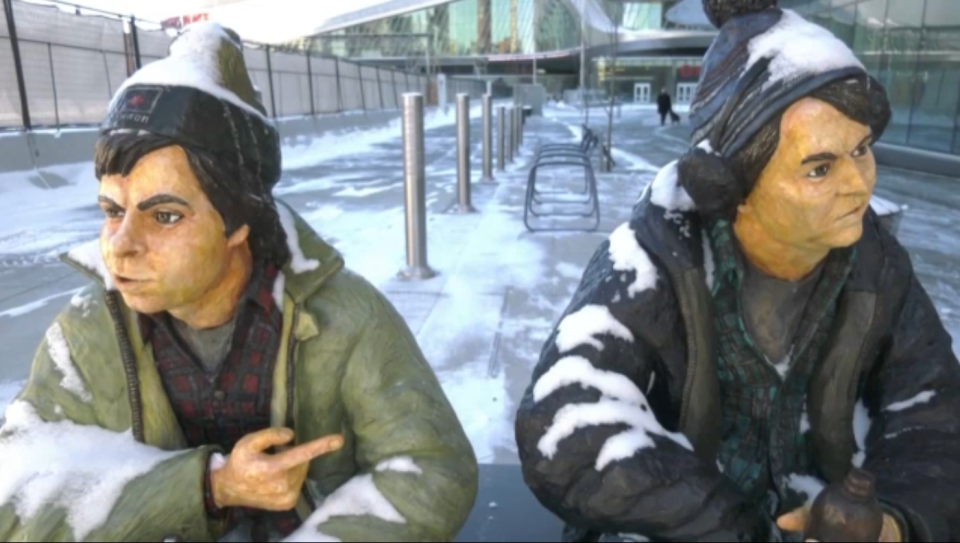 And even though Bob and Doug are the ones everyone sees in public, he has hopes that there’s room for the smaller characters to move outside the gallery and into the city where the show filmed for several years.

“It would be great to see all seven characters scattered around Edmonton.”

Veltice says he thinks that the small statues at the gallery deserve to go on to bigger glory and he’d love to do it.

“I just feel pretty honoured to be documenting true artists,” he says. “They’re iconic. They’re part of our fabric.”

Because of COVID-19 restrictions, SCTV Monument: Journey Of An Artist can only be viewed online at Harcourt House’s website.