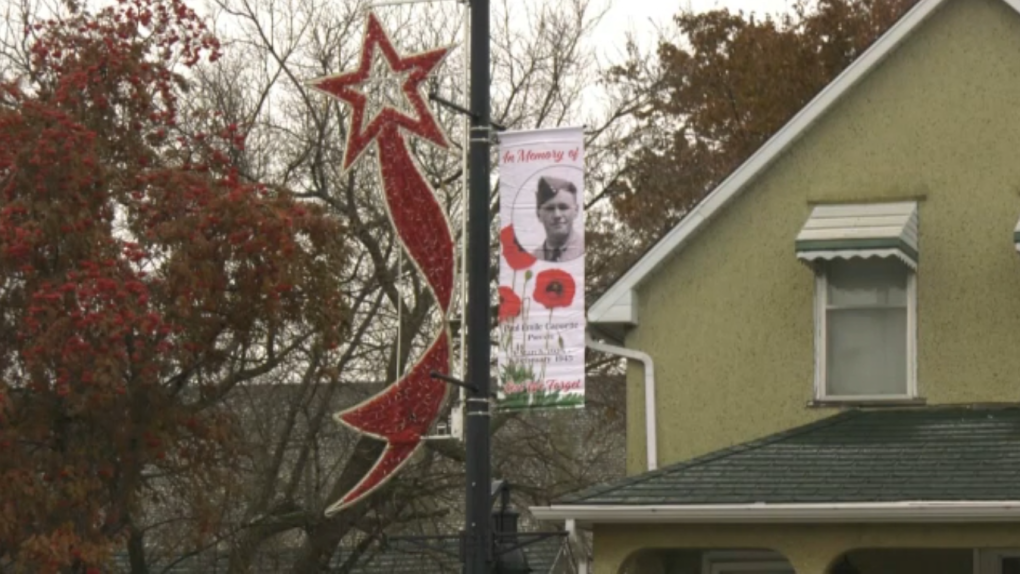 Memorial banner on display in Morinville.

EDMONTON -- A former member of the Canadian Reserves is paying tribute to fallen soldiers who came from her Alberta town.

Banners commemorating ten Morinville soldiers killed in the line of duty were raised on Friday.

Former Canadian reservist Loralee Elliott paid for the banners out of her own pocket.

“We need to know, we need to remember these men who gave sacrifice,” said Elliot. “I have in my past, my husband, myself my family were all in the military and if we don’t remember them, why are we celebrating Remembrance Day.”

Elliott says she is now in the process of lobbying the town to change this street’s name to Veteran’s Way.