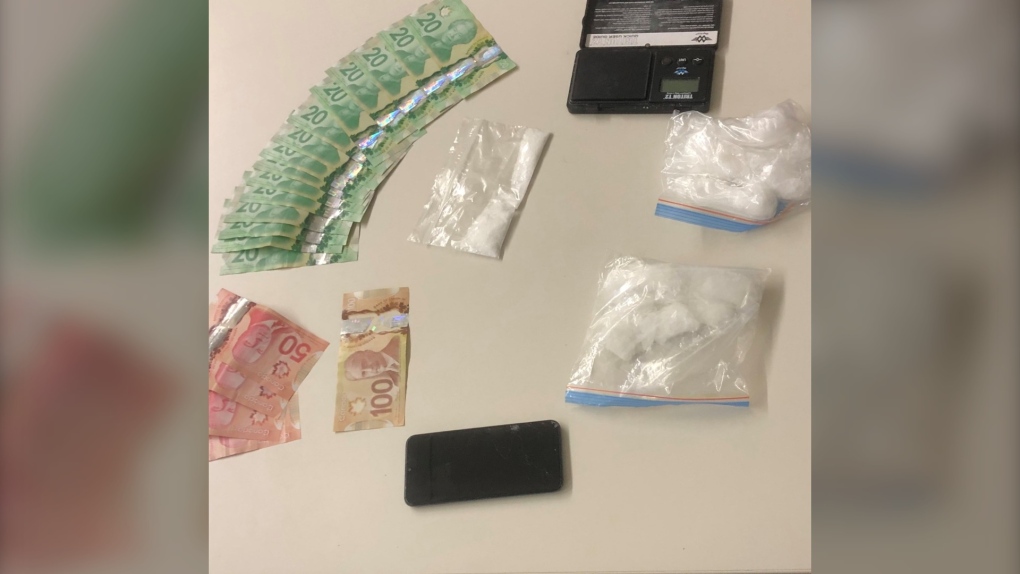 Methamphetamine valued at over $26,000 and cash were seized after police conducted fraud arrests in Fort Saskatchewan, Alta. (RCMP Handout)

EDMONTON -- Five people were arrested and $26,000 in meth was seized after a stolen credit card and fraudulent ID were used to try to buy a new vehicle in Fort Saskatchewan.

Police were called to the Southfort Chevrolet Dealership on Tuesday after receiving a report of attempted fraud.

Officers then located and arrested two men using information obtained from the dealership.

They were arrested without incident and officers recovered a stolen vehicle, licence plate and several stolen credit cards.

Bradley Blake, 43, and Austin Larner, 24, were arrested and each charged with multiple counts of possession of property obtained by crime and possession of break-in instruments.

Police stopped and searched another suspect vehicle linked to the fraud on Highway 15. Three additional people in that vehicle were arrested and police seized roughly 250 grams of suspected meth, with a street value estimated at $26,000.

Jason Webber, 39, Jesse Skwarchuk, 39 and Mitchell Wilson, 34, were each charged with possession for the purpose of trafficking. Webber was also hit with two counts of failing to comply with a release order.