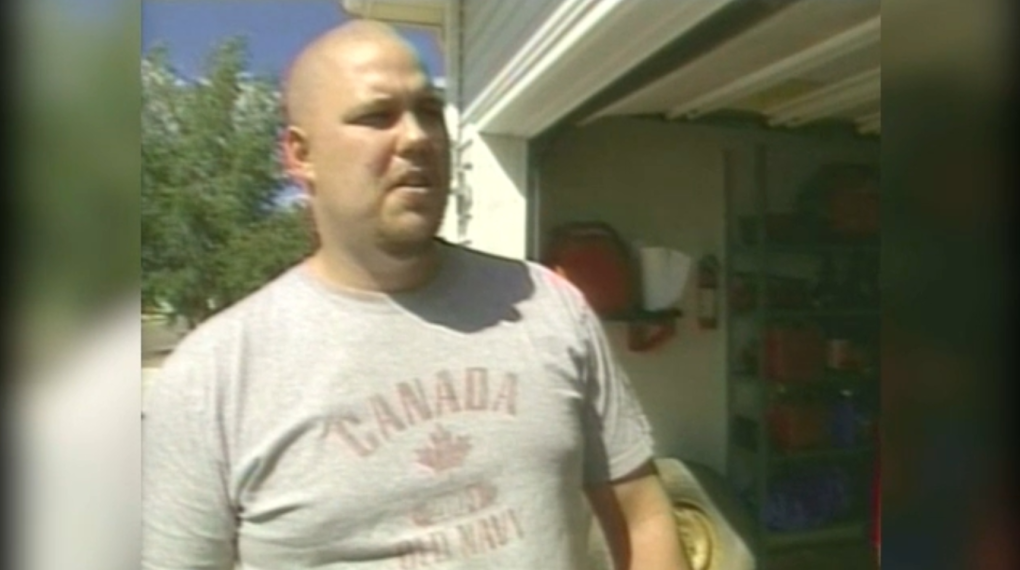 Michael White is seen in an interview clip with CTV News Edmonton from 2005.

GRAVENHURST, ONT. -- An Edmonton man found guilty of murdering his pregnant wife and dumping her body in a ditch nearly 15 years ago will be allowed to leave prison unsupervised to spend time with the couple's now-adult daughter.

A Parole Board of Canada panel has granted Michael White four 72-hour unescorted temporary absences over nine months, one of which is earmarked for family time.

The remaining three will be dedicated to helping White familiarize himself with the city of Barrie, Ont., and a halfway house there.

White and several family members, including his 18-year-old daughter, appeared relieved when the panel gave its decision this afternoon following a hearing at the Beaver Creek Institution, the central Ontario federal prison where White is currently held.

White was convicted in 2006 of second-degree murder and offering an indignity to a dead body in the killing of his wife, Liana White.

He was sentenced to life in prison with no chance of parole for 17 years. He maintains his innocence, though the panel heard today he has run out of legal avenues to challenge his convictions.

Liana White was four months pregnant with the couple's second child when she was stabbed to death in July 2005.

She was reported missing after her SUV was discovered in a park near the White home. Days later, a search party that included her mother and husband found her badly decomposed body in a ditch.

Court documents say security footage from a local pub showed the SUV heading towards the park around 5 a.m. the day of Liana White's disappearance and, about 11 minutes later, a man closely matching her husband's description jogging from the park towards the couple's home.

A forensics expert testified that a product used to detect the presence of blood showed a trail from the couple's bedroom to the hallway, down the stairs and into the garage, according to the documents. The expert said there was also evidence consistent with blood having been cleaned up in several areas of the house.

A forensic pathologist told the court Liana White likely died from her throat being cut or stabbed, but the expert could not be completely certain given the body's decomposed state. Other injuries suggested White's body had been dragged over a rough surface after her death, court heard.

Court also heard police saw Michael White retrieving two garbage bags from an area on the city's outskirts two days after his wife's disappearance, and later putting them out for garbage pickup.

Investigators obtained the bags and found they contained clothing, paper towels and latex gloves that had Liana White's blood on them, as well as a broken lamp and other items. Some also had Michael White's DNA on them.

White initially told police he didn't recognize the contents of the bag, then later said the lamp was from the spare bedroom and had been broken months ago, court documents say. He told investigators the blood came from when he had stubbed his toe or had been hit in the nose with a stick.

Testifying at his trial, White then said the blood related to an incident in which their young daughter had jumped on the bed and accidentally hit her mother in the face with a child's metal coat rack.

He told the court he and his wife often dumped garbage at the site where he picked up the bags of bloody refuse. The area was coming under scrutiny from volunteers searching for Liana White and some were disturbed by the amount of trash, so he decided to clean up his own mess, he testified.

After White was found guilty, his mother-in-law revealed she believed the couple's three-year-old daughter had witnessed at least part of the killing.

This report by The Canadian Press was first published on Feb. 12, 2020.