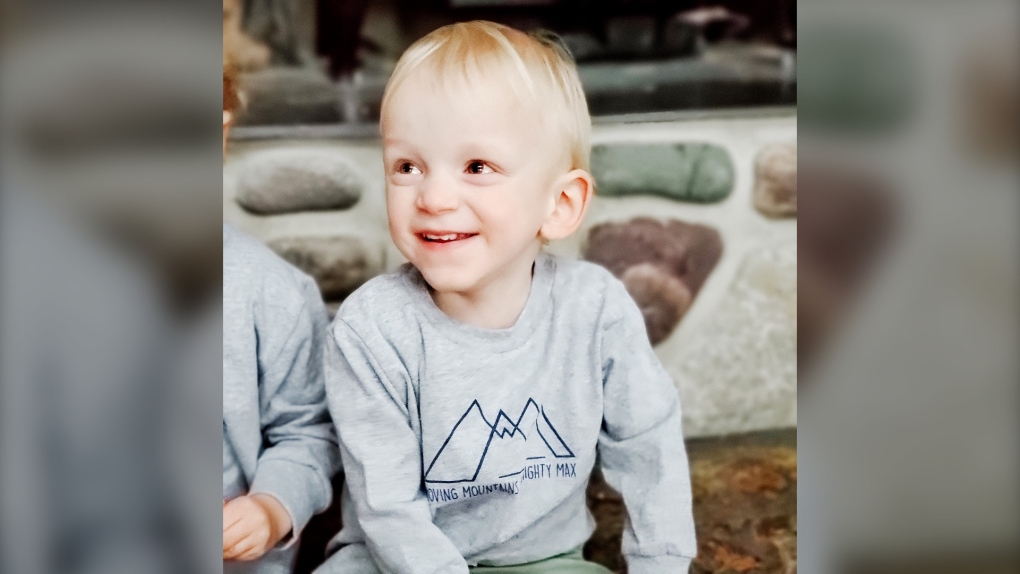 Family of an Alberta toddler known as Mighty Max after being diagnosed with Type 2 SMA at 22 months old, says they are relieved by the announcement. (Courtesy Bryarly Parker)

EDMONTON -- A Fairview, Alta., family is breathing a sigh of relief after the provincial government approved funding of a life-changing treatment for their son.

According to his mother, Bryarly Parker, Max was diagnosed with SMA Nov. 24, 2020.

Max was born over 15 weeks premature and spent 91 days in the neonatal intensive care unit in Edmonton. He was discharged on oxygen, Parker explained to CTV News Edmonton.

Months after his release, Max started showing signs of regression.

“All of a sudden he wouldn’t stand anymore and he didn’t bear any weight on his legs," Parker said.

Shortly after a neurologist confirmed a diagnosis of SMA, the family began looking into treatment.

However, the drug therapy that stood out as the most promising came at a cost.

“The end goal for us was Zolgensma,” Parker said.

“It’s next to impossible for a regular family to try and raise three million dollars right after you get a life changing diagnosis for your child.”

Zolgensma is a one-time treatment that Parker says stops the progression of the disease, and over time, children with SMA start to regain some of their impaired functions. But, the treatment wasn’t approved in Canada until recently.

“We were actually looking down in the states to get [Zolgensma] but since then it’s been approved in Alberta and funding is granted on a case-by-case basis.

“We did receive word that Max would be funded by Alberta,” Parker said.

While Parker is hopeful, she’s well aware they wouldn’t have gotten to this point without the help of other SMA families and community members who advocated for Max.

“The SMA families before us really paved the path for us and we just kind of ended it, to the point where we were able to get [Zolgensma] in Alberta but we definitely did not do this alone.”

Now that Max has been approved, doctors want to get him into a specific weight class to optimise the treatment dosage, according to Parker.

Max will also need to pass an antibody test and the results could take up to a week to come back.

If Max passes the antibody test there’s a two-week window for him to receive treatment at the Stollery Children's Hospital. There are risks involved but he will receive weekly checks to monitor his health.

“The big risk with Zolgensma is liver failure,” Parker explained.

“We have to make sure his liver is functioning quite well and then we ween him off the steroids they have to use for the treatment.”

After Max receives the treatment, the family expects to see small improvements but there's a long road ahead, Parker told CTV News.

“It’s a lot still to come even after he does get treatment. It’s not like tomorrow he’ll be walking by himself,” she said.

“We just don’t know what the future looks like for him.”

While there is some grey areas, the family is choosing to remain hopeful. Parker said they’re looking forward to the small feats.

“Taking his first few steps,” Parker said. “We’re not sure if he’ll ever be able to walk on his own or run on his own, but those little things and just seeing him thrive and have an abundance of energy.

"That’s the biggest thing: He just wants to play with his older sister who’s three-and-a-half, and for us that’s just what we want for him.”