Mild with some moisture: This is your Edmonton forecast 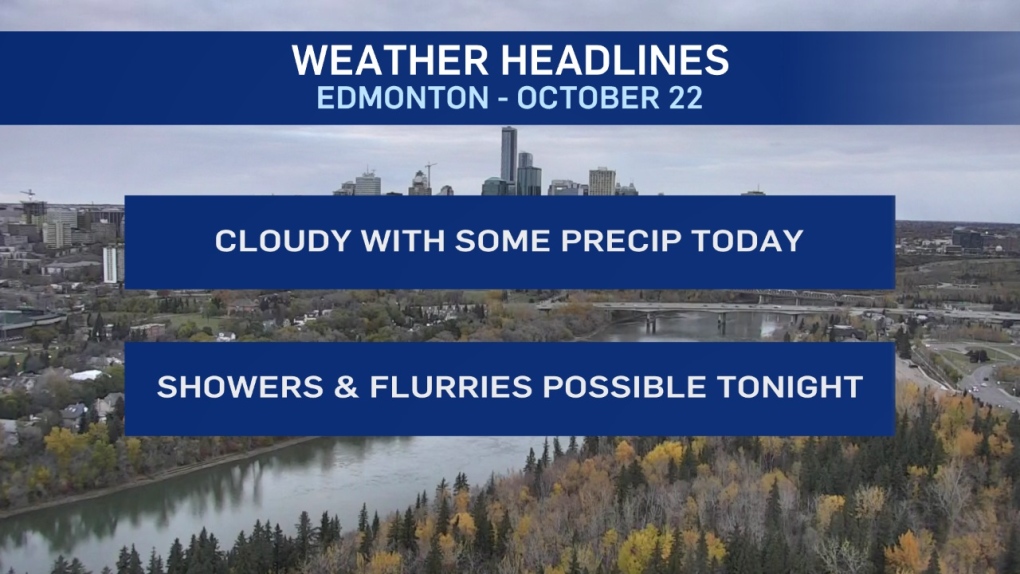 EDMONTON -- Temperatures continue to hover near average for late October (highs in the 5 to 10 degree range) in Edmonton.

The longer-range pattern looks MUCH cooler for the weekend and early next week (highs closer to 0).

But, until the weekend...it stays "mild".

Showers and wet snow area pressing eastwards across parts of north-central and NW Alberta this morning.

That precipitation is expected to continue for some areas north of Edmonton.

In the city, we get a risk of some morning precip and then a break.

Accumulation isn't expected to be significant.  However, a bit of snowcover on some grassy areas is possible in parts of Central Alberta by Wednesday morning.

Clearing to sun for Wednesday afternoon before the clouds return on Thursday.

The weekend will likely feature a real turn in the weather.

We'll warm up to double-digit highs Thu/Fri and then colder air races in behind.

For now - I have a chance of flurries and highs just a few degrees above zero in the forecast for Sat/Sun.