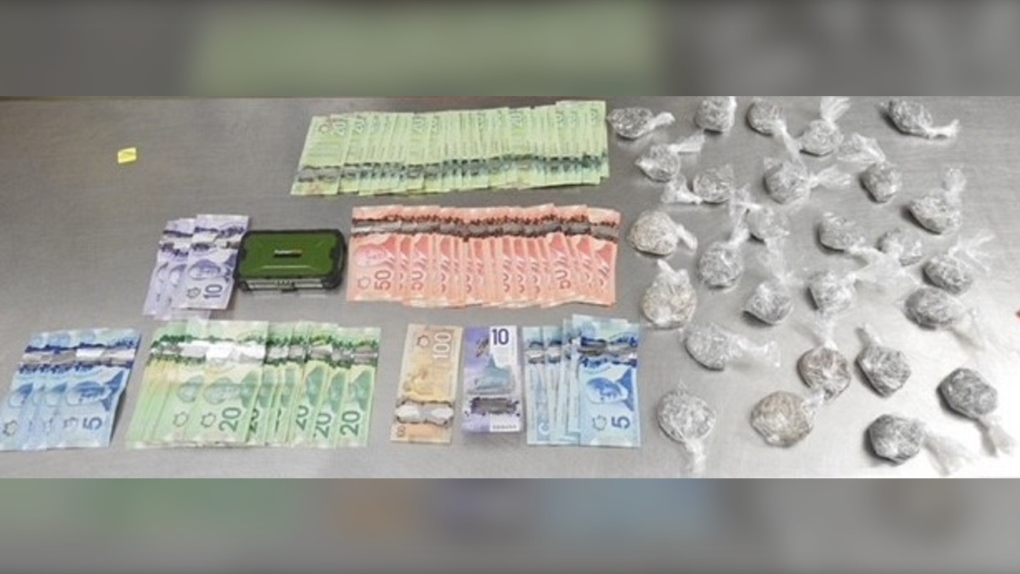 EPS seized nearly $175,000 worth of fentanyl and a firearm in a downtown Edmonton residence on Thursday, July 22, 2021. (Supplied)
EDMONTON -

Two men are facing a number of drug and firearm charges after police seized nearly $175,000 worth of fentanyl and a sawed-off rifle from a downtown Edmonton home.

Police executed a search warrant at a residence in the area of 106 Avenue and 96 Street at approximately 11 a.m. on Thursday and found 27 ounces of fentanyl in a concealed bathroom compartment, EPS said.

The drugs have an estimated street value of $173,400, police added.

Thanh Lam, 57, and Bernard Agustin, 47, are facing a number of charges, including possession for the purpose of trafficking and unauthorized possession of a firearm.

Taliban hang body in public; signal return to past tactics

The Taliban hanged a dead body from a crane parked in a city square in Afghanistan on Saturday in a gruesome display that signaled the hard-line group's return to some of its brutal tactics of the past.