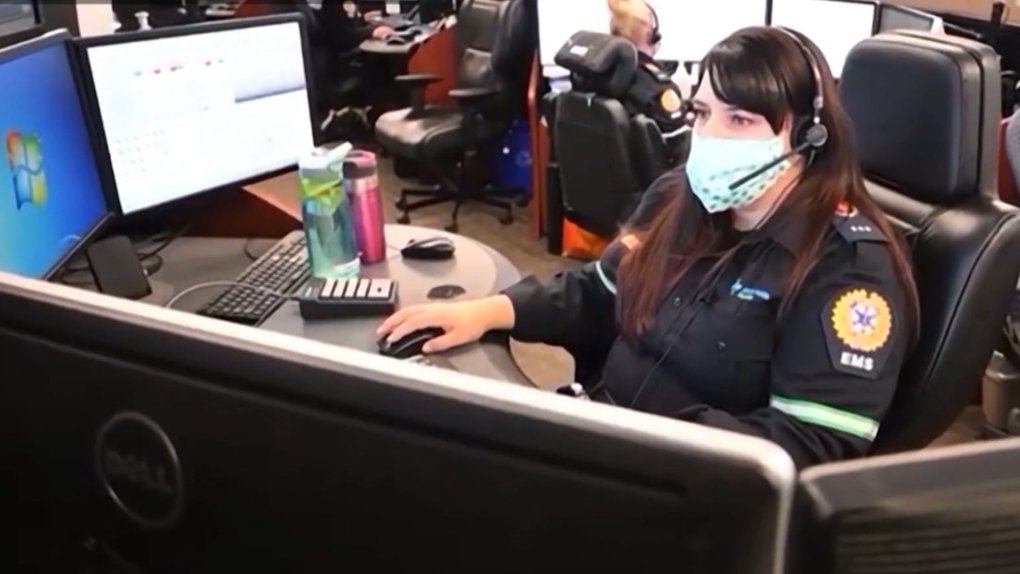 AHS says the injunction is not a step they take lightly, but adds it's a necessary move to ensure ambulances continue to be dispatched appropriately. (Image Courtesy: AHS)

EDMONTON -- Alberta Health Services (AHS) and Alberta Health have applied for an injunction from the Court of Queen’s Bench to force the Regional Municipality of Wood Buffalo to recentralize its EMS dispatch system.

AHS says the injunction is not a step taken lightly, but adds it's a necessary move to ensure ambulances continue to be dispatched appropriately.

A written statement from AHS said in part: "We are concerned that the municipality’s decision to no longer transfer 911 calls could adversely affect patient care."

Tuesday night, the municipality voted to defy the province and stop transferring EMS calls from its communications centre to the provinces consolidated system.

According to AHS, the municipality has not provided evidence that suggests the consolidation leads to any delays or inappropriate responses.

The changes were announced last summer and took effect three weeks ago.

When asked about the issue during a Thursday afternoon news conference, Premier Jason Kenney said the decision to centralize AHS service was the result of several years of consultations from expert panels.

"It worked very well for most municipalities," said Kenney. "We're committed to this change and think it will serve them well."

Wood Buffalo Mayor Don Scott said Wednesday the municipality has been telling the province for seven months that the change in service would put residents at risk and that his concerns went unanswered.