'An incident of malicious intent': Cyclist says she and friend were target of road rage

EDMONTON -- Jill Jordan was cycling west of Edmonton with a friend when she says a truck driver began to harass them.

The incident happened April 16, Jordan and her friend were on a route she uses regularly when a driver passes them for the first time that evening.

“He was yelling obscenities, no big deal, we’re kind of used to that being on the road,” said Jordan. “Didn’t think much of it.”

Then, the driver circled back and sprayed gravel towards the cyclist, according to Jordan.

“Part of you thinks, ‘OK, you’re pretty tough, he’s not going to do anything,’” said Jordan. ”Then you go through the moment of, ‘Holy crap, this guy’s actually ready to drive right at us, like is he going to physically push us off the road?’”

Jordan started filming the encounter after the driver passed them the second time and backed off once she brought out the camera. 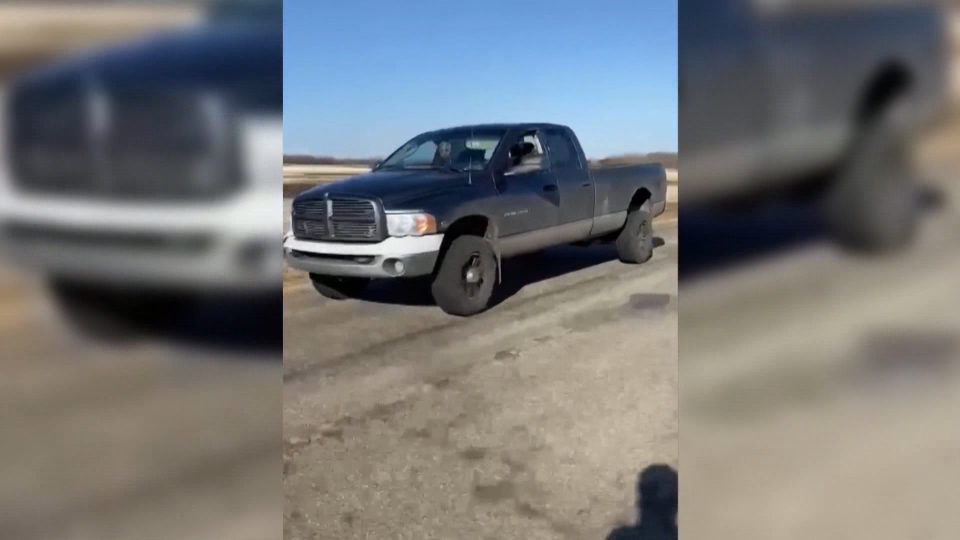 “That’s why he’s backing up (in the video), because we can’t get his licence plate if he’s going backwards,” said Jordan.

She said she and her friend were following the rules of the road and don’t know what set off the incident.

In 2019, Calgary mandated a one metre passing buffer for motorists overtaking a bicycle on a road where the speed limit Is less than 60 km/h or less.

Edmonton is considering a similar bylaw, but Schooler would rather see a provincial law.

“It’s not cyclists versus the cars, it’s like you’re - you all just want to utilize the road,” said Schooler.

The area where the incident happened is popular with cyclists, according to Jordan, who is also a cycling instructor. She said the area is a common course for first-time cyclists.

“I’ve been riding out here for almost 30 years west of the city, and I haven’t seen anything that bad,” said one area cyclist.

Jordan has filed a police report and some people who saw her video said they recognized the truck and driver. She added that the incident hasn’t diminished her desire to keep cycling.

“Unfortunately it’s going to scare off a whole bunch of people, and there’s a whole group of people that have taken up cycling recently because of COVID, and that’s the last thing I want to see,” said Jordan.