EDMONTON -- The parents of a Sherwood Park boy are sounding the alarm after their son was told to walk home from school after breaking both wrists, and the parents say they didn’t receive a call from any officials.

Ten-year-old Ricards Stemme was playing on the swings on Tuesday with his Grade 5 classmates shortly before end of day dismissal when he fell. 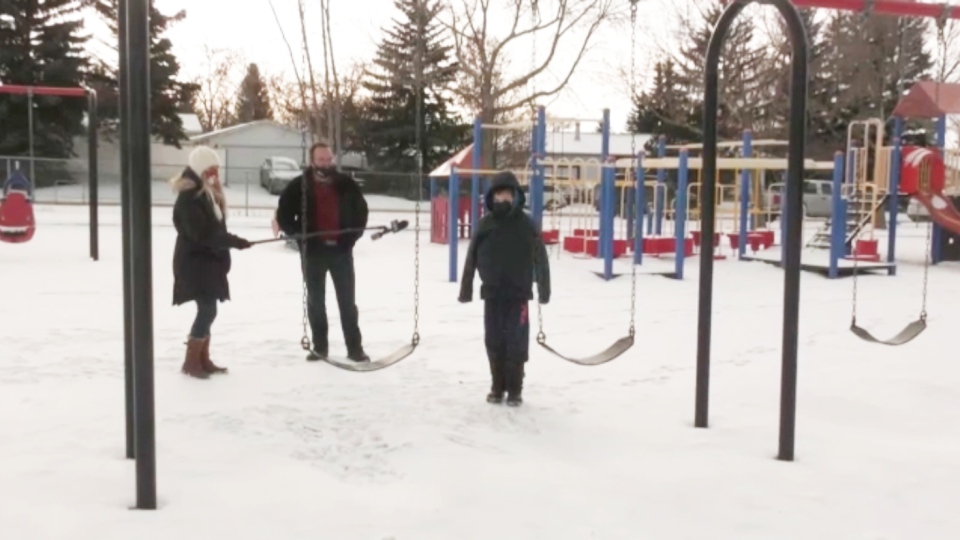 “I landed on both my arms,” he told CTV News Edmonton on Saturday.

“It was the worst pain I’ve ever felt.”

He says he immediately found a teacher and asked for help.

“I told her my wrist was hurting and she asked me if I could move a finger and I only could move my pointer finger and she said that I’m fine.”

“The teacher told me to walk home and put an ice pack on, and so I did what she said.”

Ricards said the teacher helped him put on his backpack and then he walked home and banged on the door, waking up his mother, who was sleeping after a night shift.

“He was smart enough to go walk around the house and get in such way in the house and wake up the mom because he was crying,” said Ricards’ dad Lotar Stemme.

Lotar says Ricards’ mother, a health care aide, immediately took him to the hospital where doctors found that both his wrists were broken, and one was dislocated.

He also says they never received a call from the school.

“He was crying, and she didn’t take care about it and didn’t assess properly, and was sent home,” Lotar said.

“The school didn’t call us. This is the biggest concern for us.”

He said they went to the school the next day, and found that the principal hadn’t been informed about the accident either.

“We went to the principal the next day, I took my day off, and we told what happened and he was surprised that nobody informed him about this accident.”

Elk Island Public Schools says it was informed a student was injured. In a statement the school division says "the news of the situation is very concerning." it went on to say "Division personnel are reviewing the incident.

“I believe something wrong in the system,” Lotar said.

He hopes changes will be made, so that other students don’t have to go through what Ricards did.