Edmonton weather for Sept. 17: Warmer air returns for the weekend 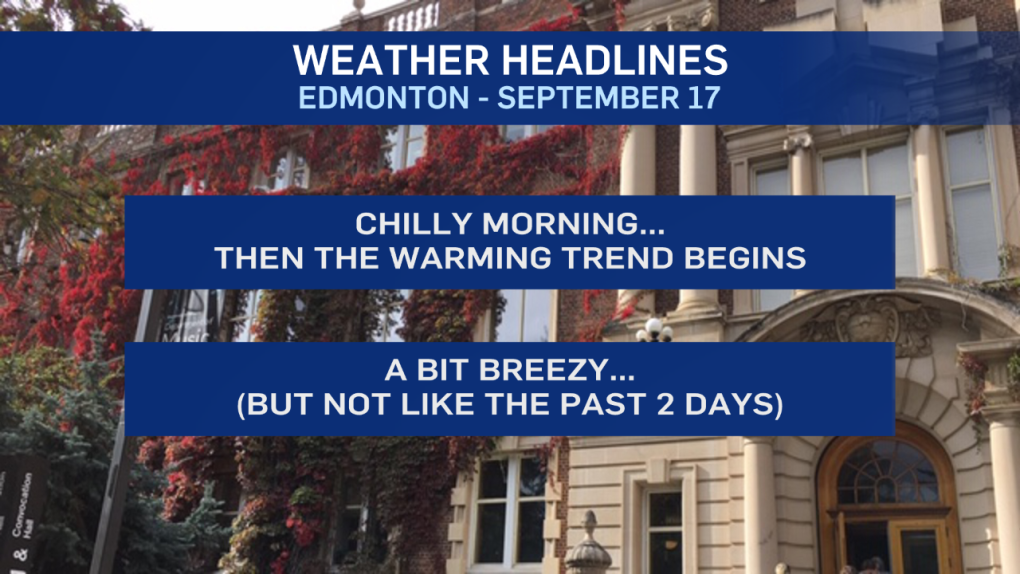 After a pair of gusty, mid-teen days...we're warming back up for this afternoon and this weekend.

It's been a chilly start to the day, though.

However, EIA and the Villeneuve airport dipped to -2 C and -1 C, respectively.

So...as I said last night...this wasn't a killing frost, and most of the city didn't get frost at all.

Elsewhere around the province, there were a number of areas that dipped into the -1 to -3 C range.

We can forget about frost risk for the next few days, though.

The hottest air with that ridge will be in southern Saskatchewan and Manitoba -- highs in the mid 20s to 30s.

Southeastern Alberta returns to the low 20s while areas from Edmonton south to Red Deer and east to Lloydminster should get to the upper teens today and highs around 20 C Saturday.

Saturday's looking to be the warmest day of the weekend.

Similar temperatures are expected Monday and then another upper ridge develops.

That next ridge looks like it'll have more of an impact on us. Right now, I'm going with highs of 20/21 C for Tuesday and Wednesday.

But...there's a chance we're even warmer. We'll just have to see how that develops.