Warm start to Autumn and warmest end to September in years: Edmonton forecast 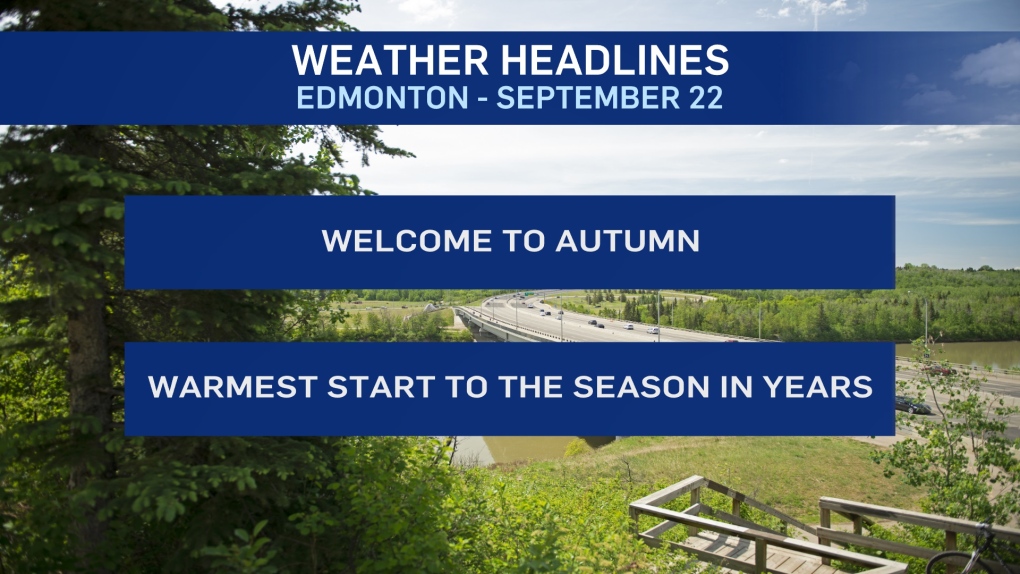 EDMONTON -- It's been "meteorological Autumn" since September 1st.

But the official start of "astronomical Autumn" is at 7:30 am today.

AND...it will be the warmest start to Fall in several years in Edmonton.

If the forecast holds, this will be the warmest last week of September since 2017.

We'll have daytime highs in the 17 to 21 degree range right through to the end of the month.

Morning lows in the city should stay well above zero over the next 5 to 10 days as well.

That's a lot different than the way we ended September last two years.  Daytime highs were in single digits and we had some snow in the area.

In fact, Edmonton has had some September snow in each of the last four years and in five of the past six years.

This will be the first year since 2015 that we don't even get some "wet flurries" in the month of the September.