EDMONTON -- The son of two Edmonton seniors who vanished on a camping trip is delighted the Supreme Court of Canada won't hear an appeal by the man convicted of killing them.

"It’s been almost 10 years now and it’s been quite a marathon," McCann said. "He needs to really absorb this and express remorse and tell the truth."

McCann's parents, Lyle and Marie McCann, disappeared in July 2010 after setting out from St. Albert, a city north of Edmonton, to meet family in British Columbia for a camping trip.

Their burned-out motorhome and a vehicle they had been towing were later discovered in the bush.

Travis Vader was convicted in 2016 of manslaughter in their deaths and sentenced to life with no chance of parole for seven years.

Vader's appeal to the Supreme Court argued in part that his case took too long to go to trial, violating his constitutional rights to a fair hearing.

His lawyer Brian Beresh argued that the 58-month delay between Vader being charged and sentence far exceeded the constitutionally-established 30-month ceiling.

The appeal also centred on an error at trial where the judge substituted a manslaughter conviction for second-degree murder.

"We’re very disappointed," said Beresh. "We believed that the issues raised in this appeal are of national importance."

The Supreme Court declined to state reasons for declining to hear the appeal. 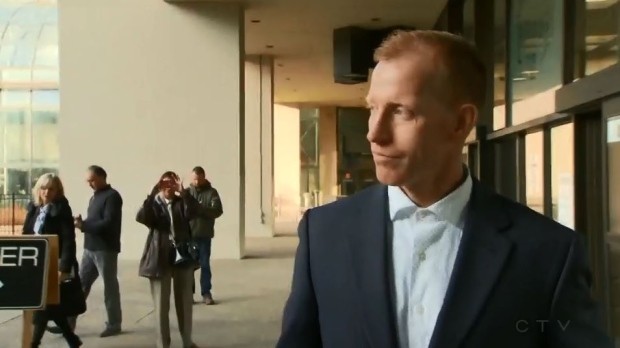 Vader has not yet exhausted all of his avenues of appeal.

A second appeal challenging the length of his sentence is scheduled to be heard next week.

"We think that Mr Vader received a sentence for murder, not manslaughter," said Beresh.  "Life imprisonment is reserved for the worst case and the worst offender. We don’t think Mr Vader fits into that at all."

Vader could be eligible for parole as early as the spring of 2021 due to credit for his more than four years already served in custody.

McCann says he's still seeking closure and is concerned at the prospect of Vader's early release.

"He’s never disclosed what he did with my parents' remains. He’s never admitted guilt. He’s never expressed any kind of remorse," said McCann.

"He should be considered a danger to the public."

Dane Lloyd, the member of Parliament for Sturgeon River-Parkland, tweeted he planned to re-introduce McCanns' law, a private member's bill that would make willigness to assist locate victims remains a key factor in determining parole eligiblity.

I am pleased that the #SCOC has chosen not to re-open this case and further traumatize the families of victims. I am looking forward to reintroducing #McCannsLaw to create consequences for killers who refuse to cooperate in locating their victims remains. #cdnpoli https://t.co/t58G9NOfa3

Lloyd first introduced the bill in March of 2019. He says he expects to table the bill again in February.