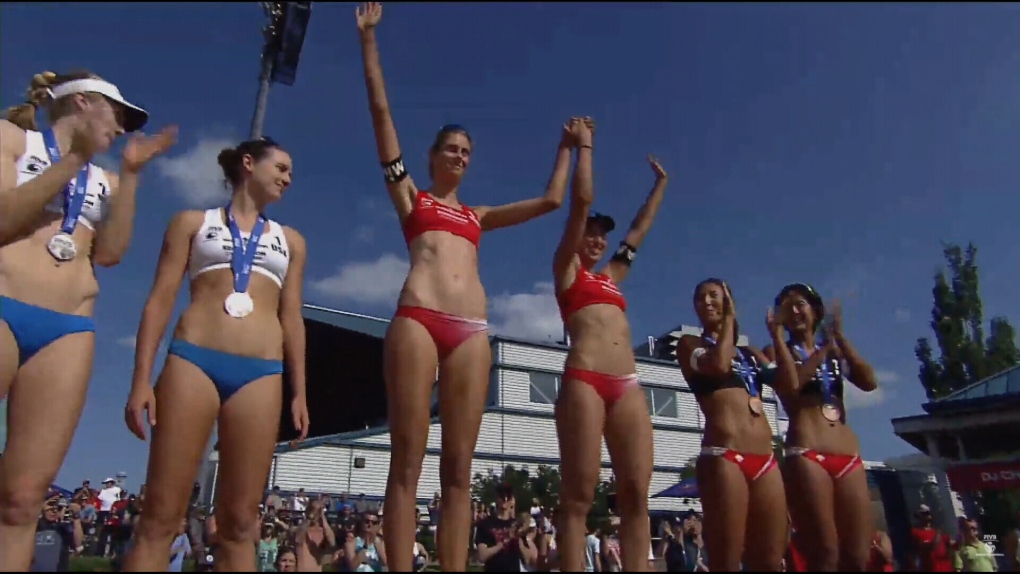 A Canadian women's team clinched gold at the FIVB Beach Volleyball World Tour in Edmonton on Sunday, while a men's team went to three sets to secure second place.

Earlier in the day, Grant O'Gorman and Ben Saxton on the men's side earned Canada a silver medal after losing in three sets to Switzerland.

Each team also won points to qualify for the 2020 Tokyo Olympics, where Humana-Paredes and Pavan will make their Olympic debut as a team.