'He made our lives better': Gretzky pays tribute to late friend Joey Moss

EDMONTON -- They were together for four Edmonton Oilers seasons, and friends three more decades after, and on Wednesday Wayne Gretzky paid tribute to his late friend Joey Moss.

"He brought a ray of sunshine and a lot of fond memories to all of us," Gretzky told reporters. "Without question, he made our lives better."

Moss died on Monday after capturing the city’s heart as the locker room attendant for the Edmonton Oilers and the Edmonton Football Team.

"There was nothing better than having a cup of coffee before practice with him," said Gretzky.

"Talking about life and his aunts and his family and his mom ... to play in the games and losing tough games and him tapping you on the shoulder telling them not to worry about it we'll win tomorrow."

"He was a great friend."

Moss was born in 1963 with Down Syndrome, the 12th of 13 children to Lloyd and Sophie Moss.

He became the Oilers' locker-room attendant in 1984-85 when superstar Wayne Gretzky was dating his older sister, Vikki, and saw him working at a bottle depot.

"I remember standing there thinking, gosh, there's got to be something that I can do," he said.

He approached general manager and coach Glen Sather about having Moss help out with the team and the rest was history.

"He fit in from day one. There was never an issue.”

Moss joined the Edmonton Football Team in 1986 and held roles with both organizations for over 30 years.

Gretzky recounted how he and Moss lived together on and off for a few years.

"He was a great friend," Gretzky said. "We spent a lot of time together. Just a wonderful young man."

Moss worked with the CFL club from the opening of training camp in June until mid-August, at which time he headed over to the Oilers locker-room for the NHL season - endearing himself to Edmonton sports fans along the way, particularly with his enthusiastic participation in the national anthem before the start of every hockey game.

Moss helped the training staff with such tasks as filling water bottles, laundry and equipment duties, but became more than an attendant over the years by providing inspiration to everyone in the locker-room.

"We loved having him around as simple as that,” Gretzky said.

"Joey would inevitably sing 'La Bamba' at the team Christmas party ... would get a standing ovation, and he would blow kisses to everyone," Gretzky recalled.

"It was truly one of the fun parts of our Christmas party every year."

In October 2008, Moss was honoured with a mural in Edmonton for his service with both clubs. In 2012, he received a Queen Elizabeth II Diamond Jubilee medal honouring significant contributions and achievements by Canadians, and was inducted into the Alberta Sports Hall of Fame in 2015.

Moss also inspired the Joey Moss Cup, an annual tournament held at the end of every Oilers' training camp.

Gretzky says he'd like to see Moss' memory honoured by the Oilers and the city.

"People maybe want statues and people want a banner, whatever the people and the fans ... decide to do, it'll be first class, it'll be something that we’ll remember for a long time," he said.

"We got to figure out the right way to honour him that will last a lifetime. He deserves that." 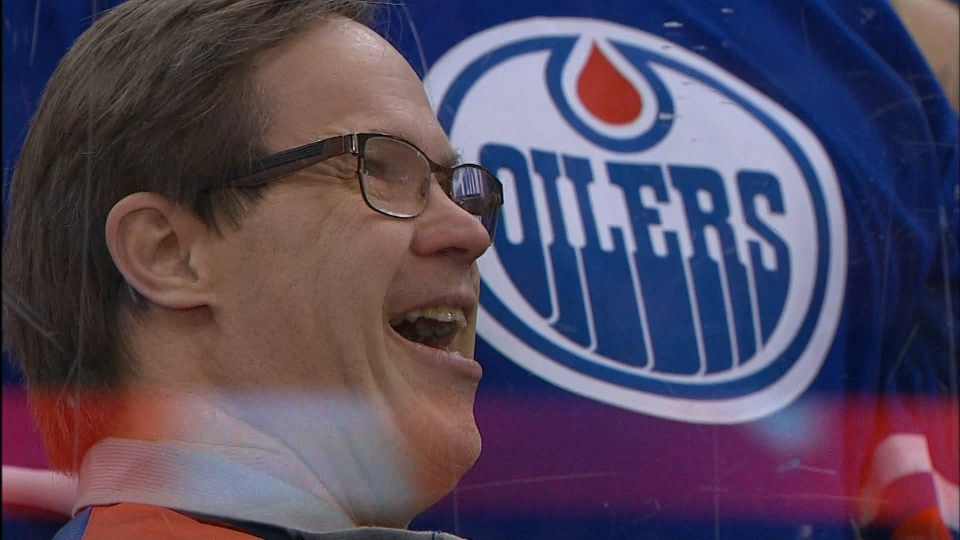