For Remington McMorrow, Wednesday is the best day of the week.

The seven-year-old boy is a big fan of the recycling and garbage collectors that visit his neighbourhood.

"This is how I always put out my garbage and recycle, and I get to put it out alone," Remington said this Wednesday morning as he moved his bins to the curb.

Each week, he looks forward to the truck to making its way down his street.

For the last year, one man in particular has taken the time to connect with the young fan.

"It's my pleasure, I love talking to that kid," recycling truck driver Reggie Fadeyi told CTV News Edmonton. "He's been coming out and saying hi to me ever since I started."

Remington's mom, Cassie McMorrow, says his love for the trucks began early and has grown into a love of recycling and the environment. 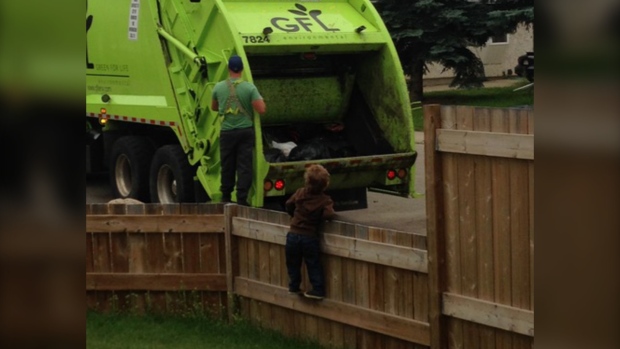 And now, an unlikely friendship.

"When Remington's out there, he's stopping to talk," McMorrow said. "He takes a lot of time out of his day, it's so nice of him to do that, he's got so much patience. He's so kind."

Remington wants to be a recycle-man and a garbage man when he grows up. And for now, he'll settle on being one for Halloween. 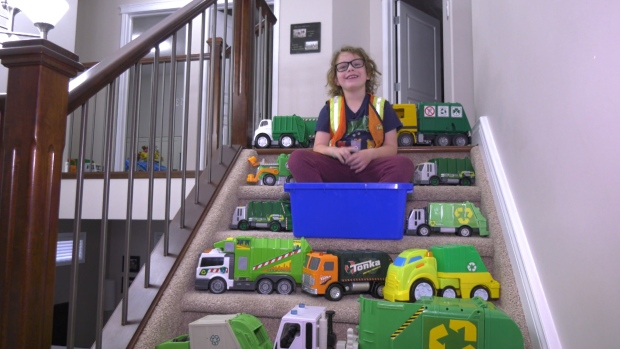