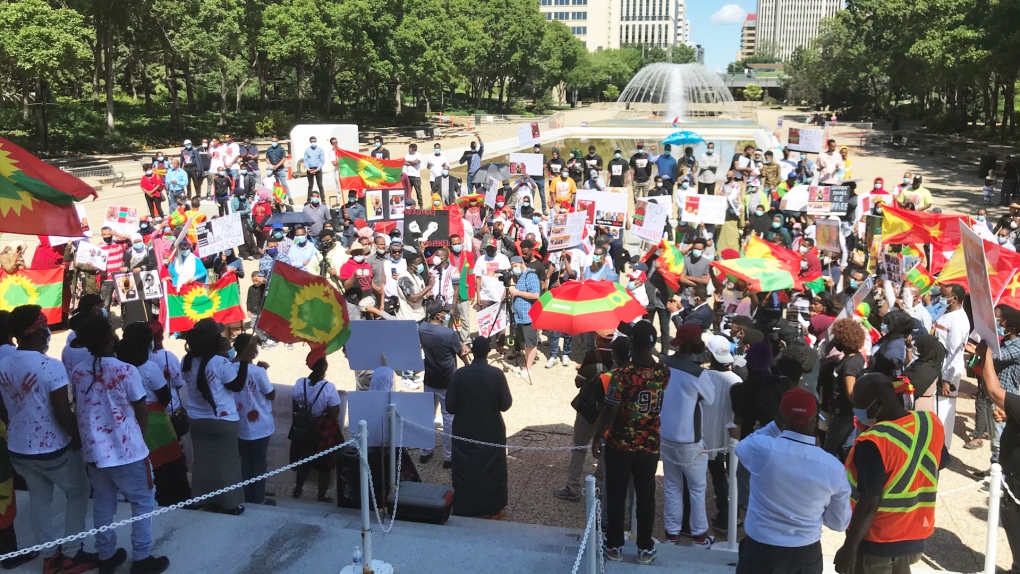 Protesters took a stance against the Ethiopian government on Friday at the Alberta legislature grounds. (Galen McDougall/CTV News Edmonton)

EDMONTON -- Over 300 people joined a global day of protest against the Ethiopian government Friday at the Alberta Legislature.

They say the current government has been targeting the Indigineous population of Ethiopia, the Oromo, through arbitrary detention, torture and kidnappings. 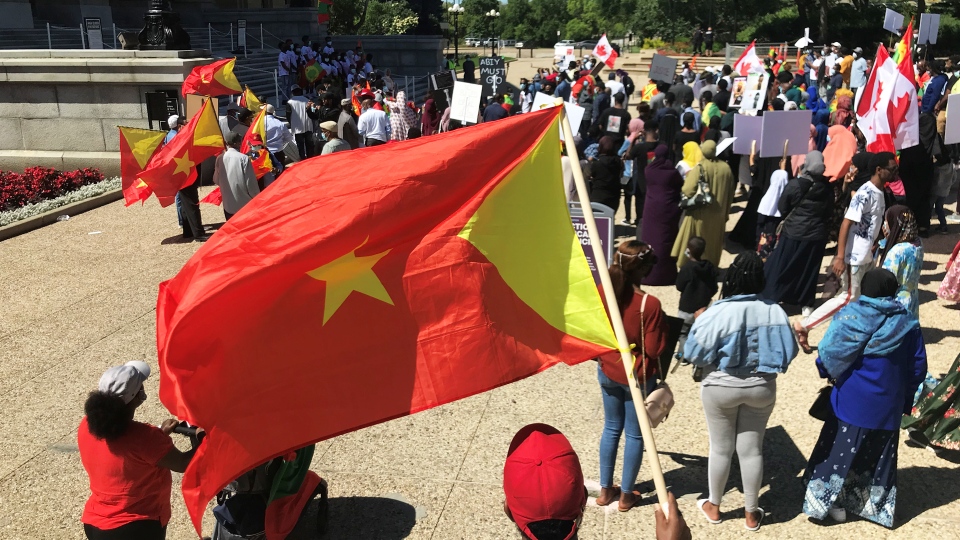 The recent killing of beloved Oromo singer and activist, Hachalu Hundessa prompted the Oromo and other Ethiopians to hold a global day of protest to pressure their governments to stop supporting the regime in Ethiopia.

“We are pretty much like the Indigenous people of Canada, stripped of their identity, stripped of their culture and forced to speak a language that was not even our mother tongue, he was trying to get that message out there, he was the voice of the voiceless” said spokesperson Sofia Ibrahim.

Protestors in Edmonton want the Canadian government to put an economic embargo on Abiy Ahmed’s regime and to take a clear stance on what they say are human rights violations in Ethiopia.

“We want the Canadian people to understand that the $200 million Canada gives Ethiopia is not supporting the people, it is supporting the dictator to build the military against the people”, Duressa Hazan, a Canadian of Ethiopian heritage said.

Hundessa’s poetry was read aloud during the protest as a tribute to him. The rally marched from the legislature grounds to downtown.