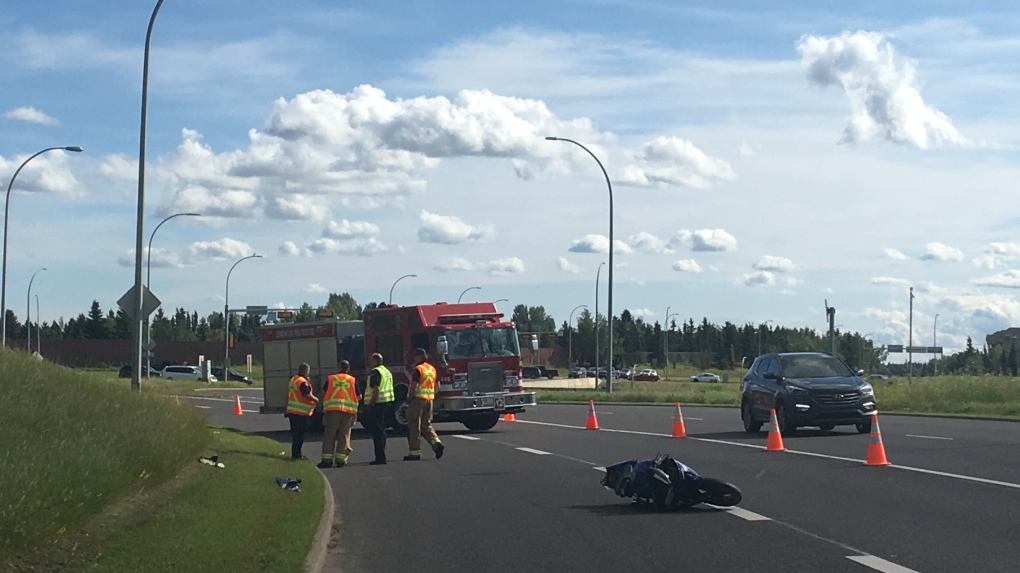 A section of northbound 170 Street was closed Sunday afternoon after a crash involving a motorcycle.

Emergency responders were called to 170 Street north of Anthony Henday Drive around 3:30 p.m.

A motorcycle was seen lying on its side in the roadway, near the Henday off-ramp embankment.

It is unknown how many people were involved, or if, and to what extent, they were injured.

An eyewitness told emergency responders the motorbike was driven along the side of the embankment along 170 Street before crashing, and that they saw the driver flee on foot.

Officials told CTV News Edmonton they are checking to see if a person with injuries consistent with such a crash went to a hospital.

This is a developing story. Information will be updated as it becomes available.