'Just incredible': Horse back on his hooves 3 months after harrowing rescue

EDMONTON -- It's been three months since a former jumping horse found himself trapped in a muddy hole at a ranch just south of Edmonton.

Eleven-year-old Fysik spent several hours unable to free himself, drawing help from dozens of neighbours, as well as emergency rescue crews from the area.

Eventually the collective efforts paid off and Fysik was freed, but his recovery was only just beginning.

"He couldn't stand," said Benkendorf. "He was too weak and too cold."

After warming up, Fysik was eventually able to stand, but the following week the animal laid down and wouldn't get up.

Benkendorf called her veterinarian, who discovered the former jumping horse had suffered muscle damage during the previous week's ordeal, due to lack of blood flow to his back end.

"That muscle damage was continuing to happen while he was standing for days," said Benkendorf.

Fysik was given IV fluids and anti-inflammatories, but he still wouldn't try to stand.

Then one night there was a change. 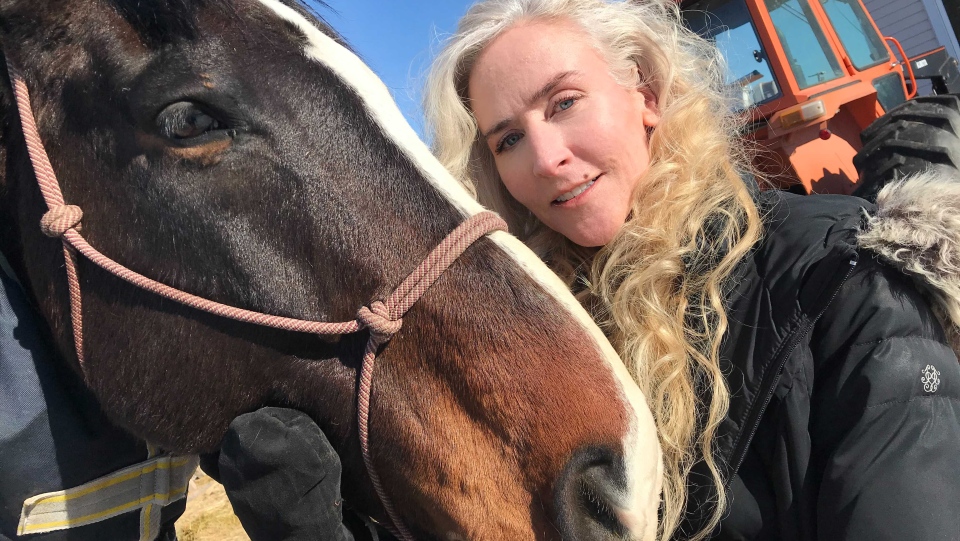 Benkendorf was sitting in her truck with one of her volunteers, watching Fysik who was still laying down.

"And then he tried and up he went," said Benkendorf. "It was just incredible… we actually got out of my truck and we literally were both jumping up and down. We were so happy.

"Fysik did it on his own. He had all that help and then he had that time when it seemed like he wasn't going to make it, but he had a lot of love coming at him."

The horse rescue president says since that night Fysik has had no trouble standing.

Looking back, Benkendorf calls the experience "surreal" and is thankful the horse that was brought to her ranch six years ago with hoof pain, only to get stuck in an icy mud hole, is once again able to stand on his own.

Fysik is still getting special treatment from Benkendorf, like hand-walks and a designer diet, and he's still not yet galloping with his fellow horses, but his owner says he's also come a long way since that muddy November day.

"Sometimes I think about him, like, 'That really happened,' and then I see him and how he's doing now," she said. "It's overwhelming really, the level of emotion that I feel."