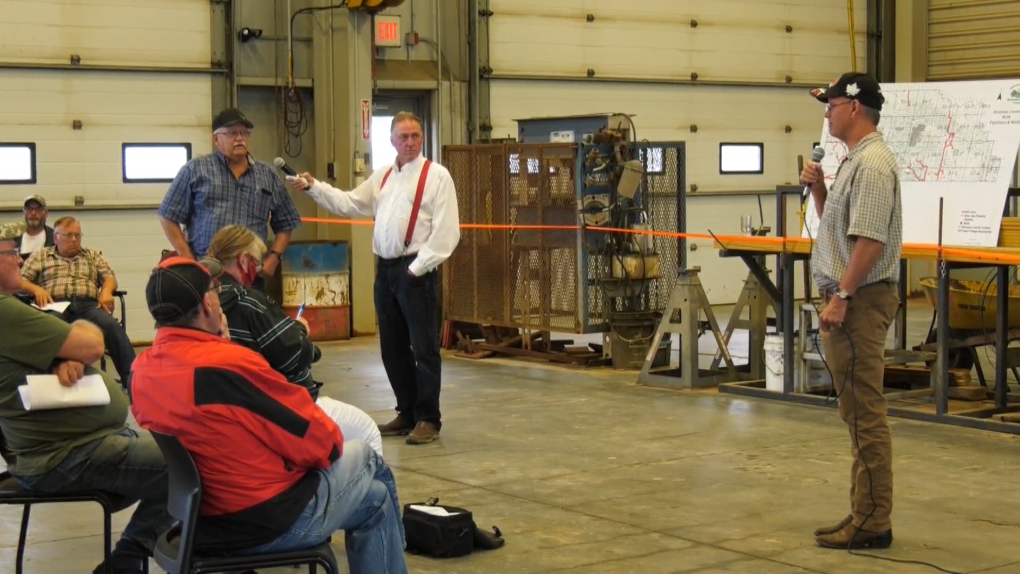 The Alberta government has released four scenarios to adjust how oil and gas properties are assessed, in order to provide them tax relief.

But a number of rural municipalities have said the change will cost them millions of dollars in property taxes that they rely on.

"If they accept this proposal, tax increases of 300 per cent are possible, loss of services is possible," said Bart Guyon, Brazeau County Reeve. "We have to stay vigilant on this and I'm not going to stop until we win."

The provincial government has said the changes are necessary because the assessment model for wells, pipelines and machinery taxation has not been updated since 2005.

"Reviews of this kind are supposed to take place every three to five years," the province said in a statement earlier in August. "A careful balance has to be found to ensure both sides are strong and viable. Government has been consulting on this matter and will continue to do so into the fall. No decisions have been made at this time.”

Around 200 people gathered at the Brazeau County office in Drayton Valley to discuss the proposal.

"If our taxes double or triple, we're in a bind," said resident Allan Taylor. "If the county's got no money, our roads go, everything goes, and it's a terrible situation."

Mark Smith, the MLA for the area, said the minister for municipal affairs will meet with municipal leaders to discuss the proposal.