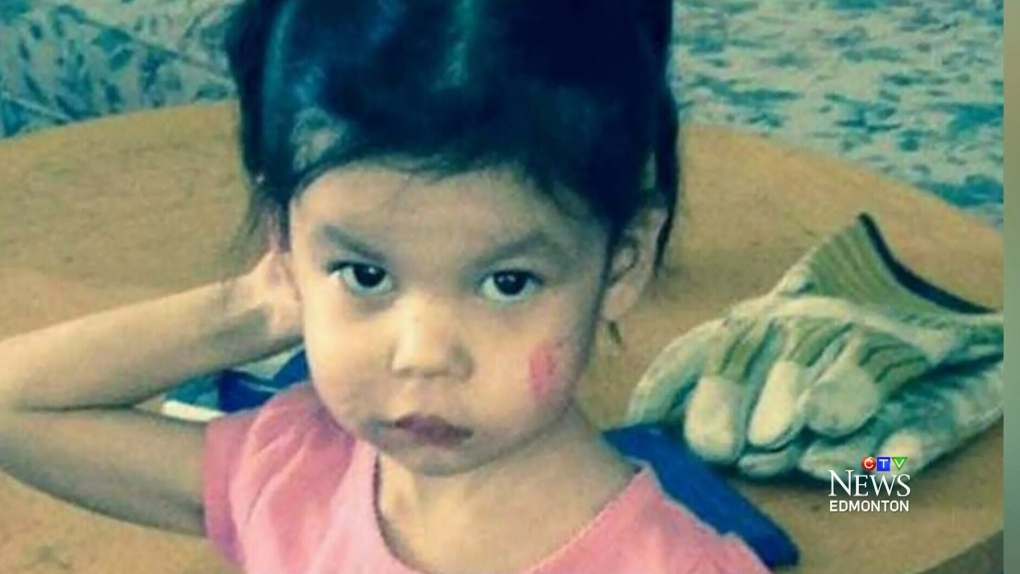 EDMONTON -- Charges against two people in the death of a two-year-old Edmonton girl have expired after one year.

Serenity died in 2014 after reportedly falling from a swing. While the injury was determined non-criminal, it was later revealed that concerns about Serenity’s wellbeing had been raised earlier, but not dealt with.

Charges of failing to provide the necessaries of life against the girl’s kinship caregivers expired Aug. 13.

They had been stayed in 2019, with the crown prosecutor saying the case no longer met the standards of a “reasonable likelihood of conviction.”

After Serenity's death, it was revealed concerns for her well-being had been raised but not dealt with and the province launched a review of the foster care system.