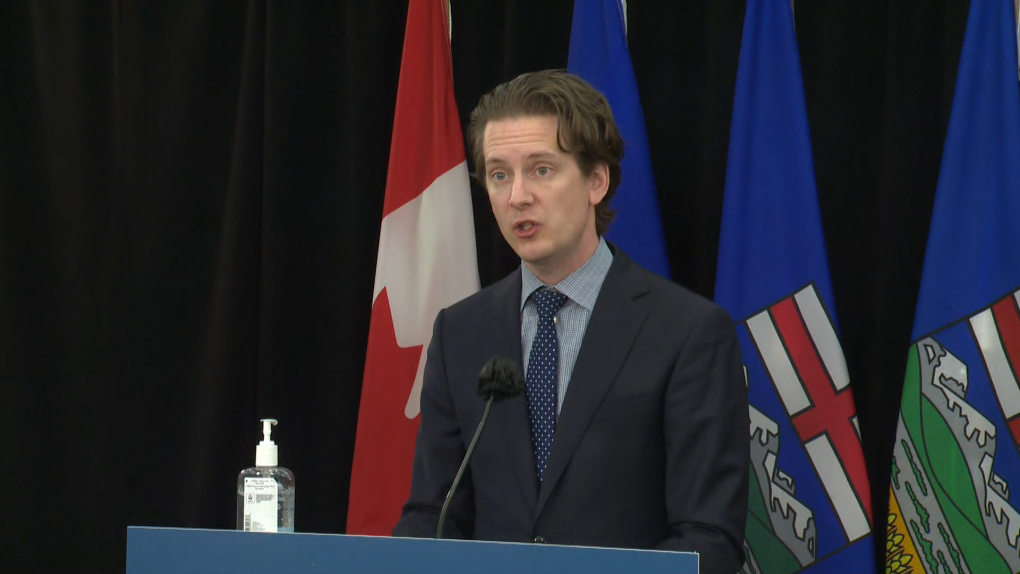 The proposed legislation was tabled in the legislature Monday by Minister of Service Alberta Nate Glubish.

If passed, Alberta would be the first province or territory in Canada to make this change.

At a press conference, Glubish said this ban solves a legal “loophole.”

“This is the right thing to do, and as minister of service Alberta it is another step that I can take to protect Alberta families,” Glubish said.

“To accept the status quo is to embrace an unacceptable public safety risk for Albertans.”

DANGEROUS OFFENDERS CHANGING THEIR NAMES IS A ‘REAL PROBLEM’: MINISTER

While unable to provide actual numbers, Glubish cited the example of dangerous offender Leo Teskey who tried not only to change his name, but have a publication ban of the proceedings.

“The thought that he could change his name and then blend into and hide in our communities and hide from his past is completely abhorrent.”

“This is all about the safety of Alberta families and Alberta communities. This is about giving some sense of peace of mind for survivors and the families of victims.”

Karen Kuntz, executive director of the Airdrie and District Victims Assistance Society, said at the press conference that the proposed legislation helps survivors of violent crimes and their families.

Kuntz, also a survivor of aggravated sexual assault said victims and survivors are owed information, including status of investigations, scheduling progress, final outcome of proceedings, and status of the offender in the correctional system.

“Their need for information throughout this process does not end once the offender has been sentenced.”

She added that having a perpetrator of a violent crime being able to change their name inflicts further trauma on survivors and is a barrier to healing.

“Those who make the conscious choice to intentionally hurt another human being, someone who drastically changed the course of that person’s life, they the offender should never be allowed to hide.

“Not only do I believe the victim has the right to safety but the community as a whole should be allowed to be and feel safe. I am a mother and a grandmother and I want to know who my neighbour is.”

Dangerous or long-term offender designations mean that crown prosecutors believe an individual convicted of a crime has strong concerns about them reoffending and that they have a low possibility of rehabilitation. These statuses are determined in a court of law and must be proven by the crown.

High-risk offenders are designations made by law enforcement prior to a person being released from prison based on if police consider a high likelihood for repeat offenses or remain a safety risk.

MINISTER WANTS ALL PROVINCES AND TERRITORIES TO ADOPT SIMILAR LEGILSATION

In 2020, Saskatchewan and Alberta made similar prohibitions on legal name changes only for sex offenders.

Now Glubish is reaching out to all other provinces and territories to ensure Alberta’s new proposed legislation preventing legal name changes for all dangerous, long-term, and high risk offenders is adopted.

Legislation governing name changes is made at the provincial and territorial levels. Therefore, Glubish said, any change in Alberta would not prevent an offender from moving to another province to legally change their name.

“We need all Canadian provinces and territories to take similar action. Every Canadian should be assured of their safety.”