EDMONTON -- The wildfire near Tomahawk continues to burn as firefighters step closer to getting it under control.

In an update on Twitter, Parkland County officials said the wildfire remains at 2,220 hectares in size but has not grown overnight.

“The fire is not yet being held, but with the help of some much-needed overnight precipitation, fire crews continue to contain this wildfire,” officials said. “There was no significant growth overnight.”

“(The fire) is not moving at this time.”

On Saturday, Parkland County lifted the evacuation orders for residents just after 11 a.m.

The focus is now starting to shift toward fighting the perimeter of the active fire inward until it is eliminated.

“We will work the perimeter of the fire inward from the east side in just because we know we have prevailing winds coming in from the west,” Cornforth said. 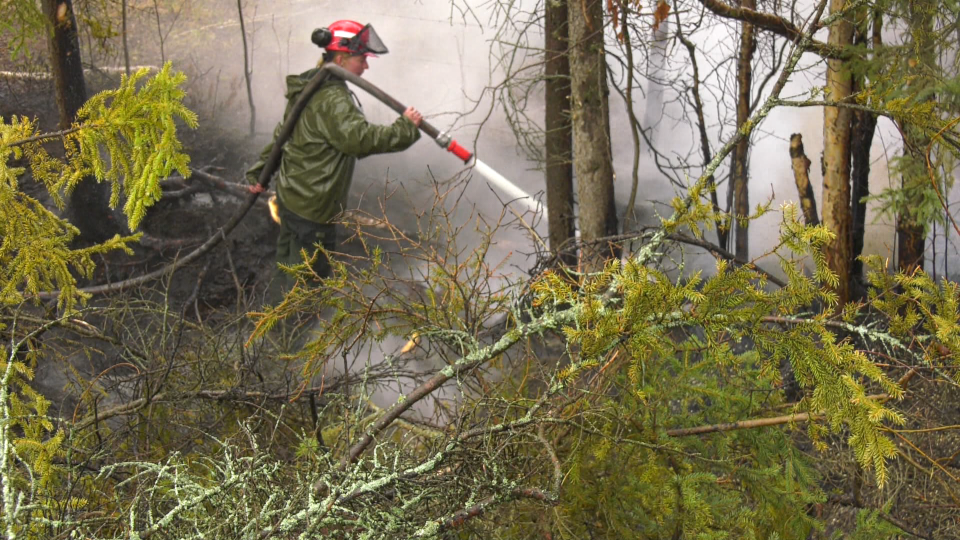 A firefighter puts out hotspots Saturday as firefighters close in on containing the fire near Tomahawk, Alta. (CTV News Edmonton)

He added that the fire is not classified as contained because firefighters are continuing to cut fire guards so the flames do not jump into unburned grass and brush.

For Cornforth, the rain has helped the situation immensely.

“We are really appreciative of the rain,” he said. “Every hour of rain is good for us.

“It can keep raining. I know it is ruining some people’s weekends but it’s really helping us.”

According to Cornforth, 176 people registered as evacuees Thursday and Friday. He suspects that number is higher as not all evacuees have registered with the county.

The fire chief said crews are also helping residents as they return home to ensure damage assessments are made, utilities are restored, and that they have what they need.

Cornforth said the primary loss from the fire has been forested and natural areas. A lot of agricultural areas including fencing around livestock areas have also been impacted he said.

“We have lost some structures. We know for sure one residential structure we did lose yesterday morning.”

A complete damage assessment is now being completed to create an accounting of what was lost.

“Imminent danger from the wildfire to life and property… has diminished at this time,” county officials said.

Residents between Highway 22 and Range Road 63 and between Township Road 510 and 524 are able to return home.

Roads within the area are re-opening but only for local traffic, Parkland County officials said.

As of Friday evening, the firefighters maintaining a 31.2 kilometre long perimeter around the fire as it continued to burn.

WILDFIRE UPDATE (May 7 @ 8:45pm):
There has been no significant growth in the wildfire to report this evening and it is not moving at this time. We cannot declare this fire contained yet. It continues to burn in the area outlined in the fire boundary map. #abfire #parklandcounty pic.twitter.com/fzYmrI4XB9

County officials told residents that while the evacuation order has been lifted now, should conditions change another could be re-issued.

Residents returning home were asked to remain cautious as fire crews continue to work in the area.

While evacuees can begin to make their way home, a state of local emergency remains in effect and the area is still the scene of an active and large wildfire, county officials say.

'SOMETHING OUT OF A HORROR MOVIE:' FAMILY RECALLS SEEING FLAMES JUST AS THEY EVACUATED

Robert and Brandy Burnett’s property had a fire line cut right through their acreage.

The family returned home today once the evacuation notices were suspended to find that the flames barely missed their home.

“I can’t believe it didn’t all burn down.” 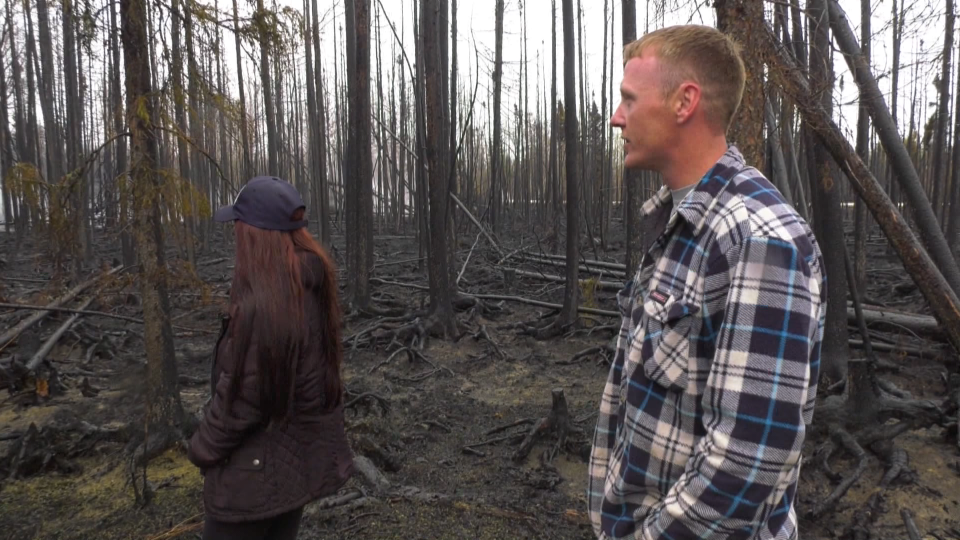 Robert described having roughly five minutes before the flames barred down on his property.

“I would have to guess, 100 or 150 foot flames as we were leaving our driveway probably 40 feet away from us,” he added.

“It was like something out of a horror movie,” Brandy said.