Officers injured in crash were responding to a shooting call 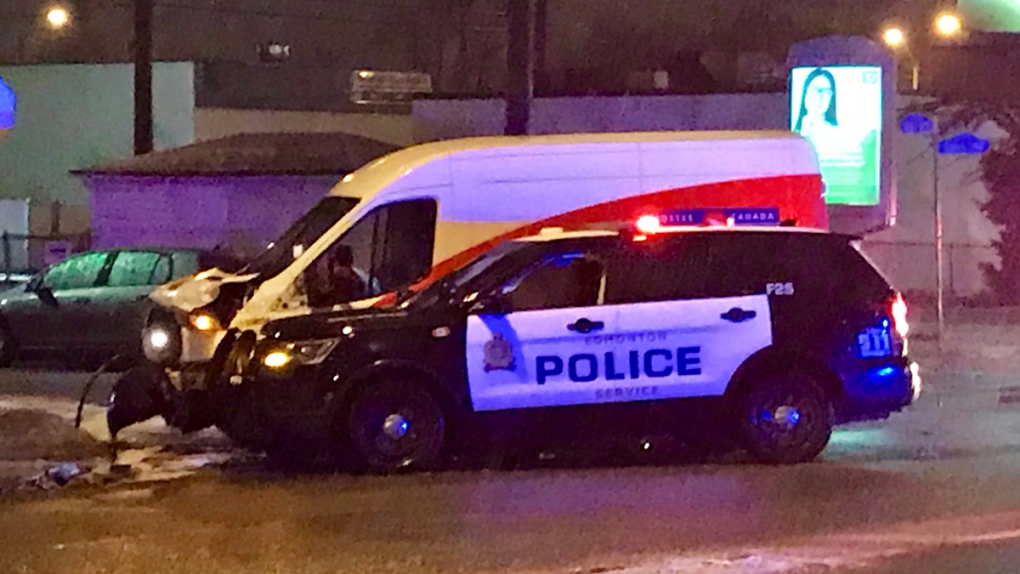 EDMONTON -- Two Edmonton police officers were responding to a gun call when their cruiser and a Canada Post vehicle collided Tuesday night.

Both officers and a postal worker were taken to hospital with minor injuries, an Edmonton Police Service (EPS) Staff Sergeant confirmed.

Police said the officers were responding after a single shot was fired at a home on 110 Avenue and 95 Street. No one was hit or injured in that part of the incident.

A man was taken into custody by other officers near the scene, but police later determined he was not the suspect.

An arrest had not been made in the shooting case, as of 9:30 p.m. Tuesday.

The EPS Major Collison Investigation Unit closed 95 Street in the area of 110A Avenue while officers investigated the details of the collision.

A Staff Sergeant on scene originally told CTV News Edmonton that four people were injured in the crash.